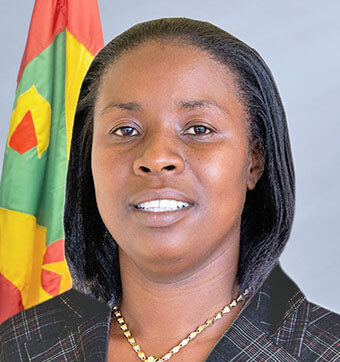 The Royal Grenada Police Force (RGPF) has reported that suicide is on the increase on the island and this year has seen a new record in the number of people taking their own life or attempting to die by their own hands.

According to statistics from the Police Force which investigates suicides, the increase in suicide attempts started in 2015.

In 2015 five suicide deaths were reported in Grenada, up from one or two in previous years and this year the numbers have peaked at ten attempts and six out of that amount actually succeeding.

The parish of St Patrick has recorded the highest number of suicides for 2020 with four deaths, while there were two other deaths in St George’s and St David.

During the period when the country remained on lockdown because of the coronavirus pandemic there were three suicide deaths, most in St Patrick.

The Minister stressed the need for public education around suicide prevention because of the added stress people are facing due to COVID19.

She said her Ministry “recognises that this is a time of high stress and anxiety for many persons who may be faced with many stressors”.

Minister Thomas called for mental health to be a top priority.

“As a Nation, we must take steps to safeguard and improve our mental health by engaging in positive coping strategies,” she said. “Even in Grenada we have recorded four persons dying by suicide. One person dying by suicide is way too many,” she added.

Related:  Financial assistance to be provided on a need by need basis

World Health Organisation (WHO) data states that more than 800,000 people die by suicide annually, making it the principal cause of death among people fifteen to twenty-nine years old.

Meanwhile, the Ministry of Social Development has reported that there has been a huge increase in the number of people applying for income support under Grenada’s welfare programme.

According to Permanent Secretary in the Ministry, Chrissie Worme-Charles there are approximately 1200 new applications pending – that have been submitted this year – from people requesting to be included in the SEED programme.

SEED (Support for Empowerment, Education and Development), is a World Bank sanctioned welfare programme which provides income support to the poor and vulnerable.

Through the programme households can receive up to EC$400.00 monthly.

Currently more than 6000 Grenadians are receiving SEED support and this year, as more people have found themselves falling into poverty due to job losses brought on by the economic impact of COVID19.

SEED financing is given to families for education, support for people with disabilities, chronic illnesses, the elderly and pregnant women.

On paper this welfare support is for a limited period – two years – until beneficiaries achieve better economic circumstances.

The Social Development Minister said that only two out of the thousands currently receiving support, have been able to exit the programme.

Of the total number of beneficiaries, 154 are classified as poverty stricken.

The Social Development Ministry will soon start an assessment of beneficiaries to determine who must be removed from the programme and who will receive recertification.

About 900 beneficiaries will be targeted for review this year and over a nine month period the Ministry expects to complete a full investigation of all beneficiaries.