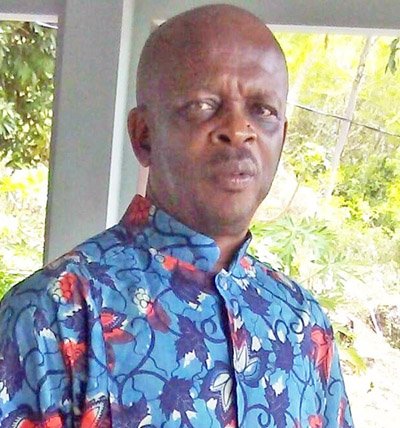 Sergeant of police, Kester Young has been suspended from the Royal Grenada Police Force (RGPF) with half pay after being charged with the offence of stealing nutmegs and plantains two weeks ago from a farmer’s land in Chantimelle, St. Patrick.

Information reaching THE NEW TODAY is that the police officer, who resides in the northern parish of St. Patrick, is being accused by another land owner of stealing his nutmegs in the early hours of the morning.

The Community Relations Department (CRD) of the Royal Grenada Police Force (RGPF) has not made public any information surrounding the case being brought against the suspended policeman.

“I would have to call you back,” an officer attached to the CRD told THE NEW TODAY when contacted on Tuesday.

According to an informed source, the accused police officer has been placed on EC$7,500 bail and is scheduled to appear before the Sauteurs Magistrate’s Court on February 25.

Sgt Young has denied the allegation and reportedly told a colleague that he did see the farmer who made the complaint against him on the same morning but that he did not venture into his land to steal any nutmeg and plantains.

The affected police officer claimed that he was going to his own lands in the mountain to pick up nutmegs and there being an issue of “political differences” for sometime between he and the person who made the allegation against him.

The police officer is said to be a strong supporter of the ruling New National Party (NNP) government of Prime Minister Dr. Keith Mitchell.

Sgt Young is the officer in charge of the small police station at San Souci, which is responsible for providing guard service to the official residence of the Prime Minister at Mt. Royal and Parliament House at Mt. Wheldale.

If convicted for the offence, it is likely that Sgt Young will be dismissed from the police force.

Young is charged under the 2003 Praedial Larceny Act, which states that any person who commits an offence against this act shall be liable, except where some other penalty has been provided by this act, to a fine of not less than $3,000 or more than $10,000 and imprisonment for 24 months.

The law also states, “whoever enters, or is seen or is found on or within any estate, farm, garden, orchard, pleasure ground, nursery ground, hot house, greenhouse or conservatory, without the consent of the owner, occupier, or person in charge thereof and does not give a good account of himself or herself, or does not satisfy the Magistrate that he or she had a right to be thereon or therein, shall be guilty of an offence and shall on summary conviction be liable to a term of imprisonment not exceeding two years.”

Additionally, the law mandates that whoever is found on or within any estate, farm, garden, orchard, pleasure ground, nursery ground, hothouse, or conservatory, and commits any act of violence upon the owner, occupier, or person in charge thereof, or any other person lawfully thereon or attempts to commit such act, shall be guilty of an offence against this Act and shall on summary conviction be liable to a term of imprisonment not exceeding five (5) years.