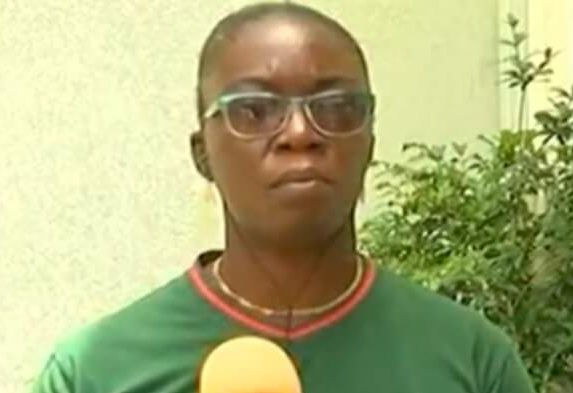 Grenada police are bringing charges against the wife of Evan Smith, the local man who was beaten by a white family of four following an incident over a dog in the well-to-do Fort Jeudy area last week Thursday.

THE NEW TODAY called attorney-at-law, Derick Sylvester today and he confirmed that he had been approached by a female Corporal of Police who asked him for the wife, Nicole Smith, to come into South St. George Police Station at 10.00 a.m. Saturday morning for questioning that will lead to charges against her as part of an ongoing investigation into the matter.

According to Sylvester, he informed the police that he is only acting as the lawyer for the husband at this stage and not the wife and advised her that the lady should be contacted directly and to be issued with any such instructions.

Police on Sunday charged Donal Kavanagh and his female companion Sarah Hatton with the criminal charge of Harm for allegedly beating Smith in the head, face and body after the vehicle he was driving hit their dog on the Fort Jeudy Main Road.

The incident led to angry protest action as several Grenadians demonstrated outside the Fort Jeudy gap with placards asking for justice for Smith.

Sylvester said the police woman told him that she is investigating “a report that was made yesterday (Thursday) morning at 8.40” that Smith’s wife had allegedly threatened the lady during last week’s incident.

The attorney added that the female officer indicated that the Royal Grenada Police (RGPF), headed by Acting Commissioner of Police, Edvin Martin, is looking at a charge of trespass to property and either obscene or threatening language against the local woman.

He said the female corporal of police wanted Smith’s wife to come down to South St George Police station today to be charged but he informed her that would not be possible.

“I said, no, not today – today is not practical. I know that she is taking her husband to seek medical attention”.

Speculation is rife in legal circles that the lawyer representing the white English woman is making moves to bring “cross charges” against Smith’s wife over the incident.

THE NEW TODAY understands that the lawyer representing the white family is Ambassador Arley Gill, who is working out of the law firm associated with Foreign Affairs Minister Peter David.

Sylvester noted that the police are now investigating Smith’s wife to lay charges against her one day after he filed a civil lawsuit against the entire white family including the two sons for financial compensation for the beating of Smith.

“…We served the lady (Sarah Hatton) with a lawsuit on July 1 – the next day she went to the police and told them that the wife cussed her. How come she never told the police that before in her statement – it is what it is – all of them now get the civil suit and running back to the police the next morning and saying that the lady trespass in her property,” he said.

THE NEW TODAY understands from reliable sources that the owner of the private construction property that Smith was working on at Fort Jeudy has now fired him from the job.

“He (Smith) was fired – he was asked to leave forthwith – take his equipment and go,” said the source familiar with the incident.

“It’s going to get real nasty,” he remarked.