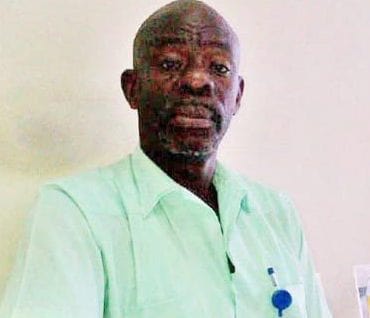 The Royal Grenada Police Force (RGPF) has confirmed reports that Cletus St. Paul, a top member of the Security Detail around Prime Minister Dr. Keith Mitchell has left the State but has since been contacted in connection with their investigation against him for alleged sexual assault.

A police spokesman told THE NEW TODAY that he expected St. Paul to come back to the country very soon so that he can be questioned about the allegation made against him by a woman believed to be in her early 40’s.

St. Paul reportedly flew out of the Maurice Bishop International Airport (MBIA) on February 18 for the United States.

He left the island on the same day that the woman visited the Criminal Investigation Department (CID) to make an official complaint that she was sexually assaulted by the top security aide sometime around November 15 at her home.

According to the police official, the lawmen were not in a position to prevent St. Paul from leaving the State since no complaint had been made against him by the woman.

He said that RGPF was aware of the newspaper article that had been carried in THE NEW TODAY but could not have acted against the Security aide on that basis alone.

The police official was confident that based on their contact with St Paul who is believed to be in New York at the moment that he would be coming back home soon to be questioned about the allegation made against him.

“I cannot give you the exact date on which he is due back. I am quite sure that we are on the ball (on this matter)”, he remarked.

Last Friday, THE NEW TODAY contacted both Deputy Commissioner of Police, Frank Redhead and the CID on St Paul’s departure from the island and they said that they had no information to the effect.

A confidante of the security aide told this newspaper that he had been in direct contact with the accused who indicated to him that he was leaving the country “to cool out” for a bit in light of the sexual assault allegation that was now in the public domain.

According to the source, St. Paul did not disclose where he was going and for how long.

When Deputy Commissioner Redhead was asked what options are open to the police to find St. Paul for interrogation if it turns out that he left the country, he said this matter cannot be addressed at the moment since there is no information before him that the top security man around Prime Minister Mitchell had left the island.

The victim of the sexual assault told this newspaper that she had also picked up information from someone that the accused had left Grenada.

“He (St. Paul) knows there is an allegation against him and the investigation is ongoing but he fleeing … it doesn’t make him look good,” she said.

The woman also indicated that the last time the police contacted her on the St. Paul matter was sometime last week when an officer attached to CID called her on the phone.

“…They need to give me an update. I don’t know what can be done since he is not on the island. I was saying today (Wednesday) I hope it (the case) don’t turn a cold case”, she said.

Two women have contacted THE NEW TODAY to make similar sexual assault allegations against St. Paul since the article was carried in this newspaper about the security aide to Prime Minister Mitchell.

The woman at the centre of the sexual assault was put in contact with St. Paul by the Prime Minister to help identify a piece of state land to put her house on since she was having problems with family members on a rented piece of property.