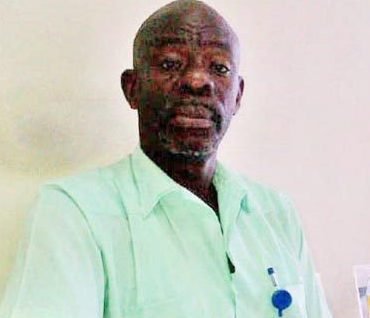 Cletus St. Paul – was interviewed by the CID on the alleged sexual assault matter

Cletus St. Paul, a key member of the Security Detail around Prime Minister Dr. Keith Mitchell has been questioned by the Criminal Investigation Department (CID) of the Royal Grenada Police Force (RGPF) about an alleged sexual assault against a woman in her 40’s.

Well-placed sources told THE NEW TODAY newspaper that St. Paul returned from the United States to be questioned at CID head office on Lucas Street on Thursday in connection with the official complaint filed with the police by the woman.

The top security aide flew out of the country the same day that the woman visited CID on the advice of her attorney-at-law and a Pastor of Religion who was giving counseling sessions to make the report to CID about the alleged sexual assault in November at her home in a village in St. George.

According to a source, the high-ranking security official alleged in the interview with CID that there was a relationship in the making between he and the woman and showed them some of their exchanges conducted on the Whatsapp social media platform.

This newspaper understands that St. Paul showed a photograph in which someone was seen exposing some of her private parts especially the breast to him.

The woman has denied ever sending a photograph of that nature to St. Paul and insisted that it is not her but has to be someone else.

She recalled sending a photo to St. Paul when he called her one night to question her whether or not her boyfriend was in the house with her.

The woman said: “He called one night and was asking me if my boyfriend was there. I told him no but he didn’t want to believe me.

He asked me to send a photo to him as proof so I took out one with me lying on the bed and sent to him. I have never sent him any photo with my breast exposed”, she remarked.

The woman who filed the complaint with CID was put in touch with St. Paul by Prime Minister Mitchell after she visited him at his St. George North-east constituency office in New Hampshire for assistance after she was forced to remove her little house on disputed family property.

She said that Dr. Mitchell gave an undertaking that she would get one of the houses being erected in Beausejour in his St. George North-west constituency by the Chinese and that St. Paul was appointed as the “Point Man” to take care of the issue.

She told the newspaper that the Security aide promised to find a piece of government land for her to put the house on instead and allegedly wanted a quid pro quo in terms of a sexual relationship in exchange for the favour.

The woman claimed that most of the times St. Paul would call her late at night but on video to see if she had her male companion in the house.

“He just didn’t like by boyfriend. He would always cuss and carry on if my boyfriend was there with me. He kept telling me that the man was not good and that I should leave him.

She said that the PM’s security aide often acted in an aggressive manner if the boyfriend was around and would demand that she end the relationship with him since he did not like the individual that she was seeing.

She also indicated that she had to deal in a very delicate manner with St. Paul since she was determined to get the land to place her house on.

According to the woman, the Security aide around the Prime Minister insisted that she should delete some of his messages sent to her so that if her phone fell into the hands of her boyfriend that he would not see some of the personal messages that he was sending to her.

“I did delete some of the messages and I regret doing it now”, she quipped.

The woman pointed out that while making the complaint of the alleged sexual assault by St. Paul during her interview with a female member of the Sexual Crimes Unit within the Department she was assured that the deleted messages could be retrieved by an expert within RGPF.

She added that at some point she realised what he was up to but never encouraged him along those lines.

The woman acknowledged that at one time, St. Paul purchased US$100.00 worth of groceries for her and the children and she was of the belief that the money came from the coffers of government to help the poor and needy people like herself.

She said that she did ask him for more assistance in groceries at a later stage but he was not forthcoming with any money.

THE NEW TODAY has received two personal telephone calls from women since the St Paul articles became public who alleged that they were victims of the PM’s security in a similar manner as the woman who filed the sexual assault complaint with the police.