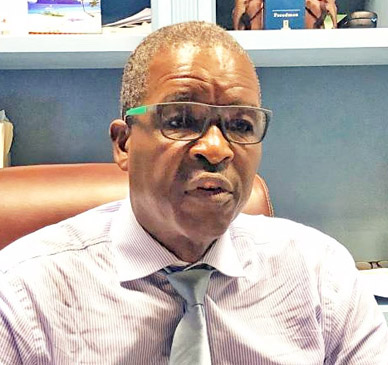 The Office of the Director of Public Prosecution (DPP) is expected to give a ruling within days on the incident in Gouyave on July 5 in which footballer Jamal Charles was shot in an operation carried out by the Royal Grenada Police Force (RGPF).

This was disclosed Tuesday by defense attorney-at-law Jerry Edwin who has been retained by the family to look into the shooting which resulted in social unrest in the small fishing village as residents called for justice for Jamal.

Speaking to THE NEW TODAY, Edwin said that he was contacted by Senior Crown Counsel in the DPP’s office, Howard Pinnock who is acting as the island’s DPP in the absence of the holder of the post, Christopher Nelson, QC.

He said that Pinnock informed him that the police have completed their investigation into the shooting incident and have passed their findings over to the office and that he is currently reviewing them and will soon be issuing his recommendations to the police force.

According to the criminal defense attorney-at-law, he is still holding onto his position that the RGPF should not have done the investigation of a shooting involving a police officer but leave it up to an independent body.

“I want to renew my objection to the process. I do not fault (the) motives of the DPP’s office or even the Police Department but I continue to re-iterate the process is flawed,” he said.

Attorney Edwin reiterated the old cliché that justice must be seen to be done as much as it is done for one to have confidence in the process.

He said: “…I do not have confidence in that process. I think that there should be independent persons who conduct these investigations because no one is capable of investigating themselves.”

24-year old Jamal was shot in the upper portion of his leg by a Corporal of Police when a party of police officers arrived at their home in search of an elder brother who was wanted for questioning in connection with an alleged criminal offence.

Jamal’s mother and a female police officer were involved in an alleged physical confrontation when the Corporal reportedly drew his service weapon and fired a single bullet that struck the footballer.

Angry residents in Gouyave took to the streets in protest action including the burning of objects as they called for justice for the young footballer who is regarded as a role model in the village.

Attorney Edwin also addressed the issue of the police handcuffs that were left on the crime scene by the lawmen as they withdraw from the family’s house after the shooting.

He said that officers at the Gouyave Police station including the Superintendent of Police in charge of the district have been calling him for the handcuffs to be returned to them.

“I just want it to be known that we do not intend to confiscate RGPF property. On the other hand those handcuffs are an essential element of the case that we intend to bring,” he remarked.

The Charles family members are also holding onto the shell from the bullet that hit the footballer.

Attorney Edwin has written to the island’s Guyana-born Attorney General, Darshan Ramdhani seeking an out of court settlement for the shooting of the footballer in the hope of getting financial compensation for him.

He said that two weeks have now passed and AG Ramdhani has not even acknowledged receipt of the hand delivered letter sent to him and did not want to conclude that the Attorney General is slighting him due to his well-known opposition along with the public to the controversial coronavirus protection bill.

Edwin said: “Our hope is that Mr. Ramdhani who might be under some pressure now would let good sense prevail and do not allow this matter to proceed to court so that the Protocol letter which is a pre-action civil suit letter that I sent to him, I hope he would treat with it objectively and do not let the events of the last few days specifically his failure to present proper legislation to the bill and my objection to it.

Ramdhani has been receiving the bulk of criticisms from the public for drafting of the coronavirus bill which many persons on the island have been calling for its total withdrawal.