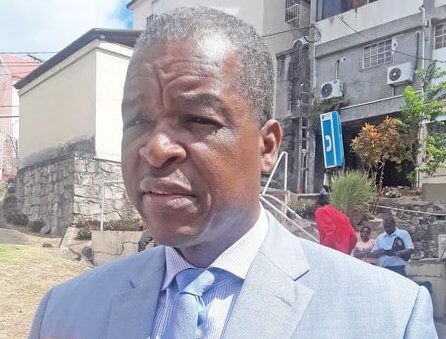 Grenada police were forced this morning to rescue a 17-year old boy who was facing an angry crowd that wanted him removed from their village after he was charged for rape of a 2-year old at Mardi Gras, St George over the Christmas holiday period.

According to attorney-at-law, Jerry Edwin who was retained by the family to represent the accused, the boy was ordered by Magistrate Kinna Marrast-Victor who sits in the St. David’s Magistrate’s Court, to be removed from the place where the incident took place with the infant and to go and live some distance away.

Edwin said that the suspect was sent to his aunt’s home in Grand Anse but residents there became aware of his presence and went to the house and demanded that he leave the area.

He told THE NEW TODAY that the angry neighbours stormed into the yard of the house like a mob and the police had to be called in to remove the youngster to a home for troubled youngsters at Grand Bacolet in St. Andrew.

“It was like a lynch mob. The police had to rush over there, take him and remove him to Bacolet,” he said.

The attorney-at-law noted that the incident happened hours after the airing of a programme hosted by a New York-based Grenadian that dealt with the issue of the sexual assault on the 2-year old in which many persons called in and expressed anger at the 17-year old.

According to Edwin, this mob rule action of the neighbours have virtually “forced the young boy out of where the Magistrate has sent him to live and he is now forced under police escort and sent up to Bacolet”.

He said that the 17-year old gave a statement to the police in which he told them that at the age of 10 he was a victim of sexual abuse by a male villager in Mardi Gras who is now 22-years old.

The 17 –year old is contending that this assault on him had left a scar and triggered him to do what he did to the infant after looking out the window of his home during the Christmas period and saw the person who molested him seven years ago.

Edwin said: “I recognise that he’s a victim and that is what I will be telling the court and I think that it is imperative based on statements he made that the young boy who raped him and put this chain of events in action unwittingly has to be arrested as well.”

Police have laid a charge of rape on the 17-year old under Section 177 of the Criminal Code of Grenada.

Attorney Edwin has asked that the 17-year old be placed in isolation at Bacolet and not among the regular inmates there.

THE NEW TODAY broke the story of the sexual assault on the infant who was left by his mother on December 31 with a fellow villager to look after him and on return found that he was bleeding from his rear.

The mother took the 2-year old to the St Paul’s Police Station and then to the St. George’s General Hospital for treatment.