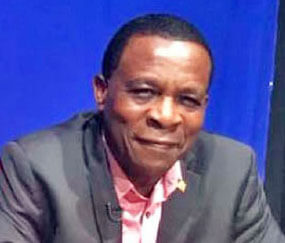 Prime Minister Mitchell – denies that Grenada is indebted to China

Prime Minister Dr. Keith Mitchell has brushed aside suggestions that China might be using generous aid to lure Grenada into its debt trap as allegedly happening in some African countries.

“I have heard that narrative being discussed and stated,” the Prime Minister said in response to a question posed by a Grenadian journalist living in the United States on a government-sponsored Virtually press conference last Thursday night with the Diaspora community.

“…Let me state that in the case of Grenada, we have had very little loans from the Chinese government at this point in time,” he added.

According to Prime Minister Mitchell most of the major activities between the government of Grenada and China has been in the form of grant support to the small Eastern Caribbean islands.

The two countries re-established diplomatic ties in early 2005 – months after Hurricane Ivan devastated the island and Beijing offered St. George’s a lucrative deal which resulted in Prime Minister Mitchell cutting relations with the Republic of China on Taiwan.

The deal saw China rebuilding the island’s sporting stadium that was flattened by Ivan, and the building of several small income homes in some parts of the country.

The Prime Minister told the session that the hundreds of housing units that are still ongoing and which were negotiated with Beijing as part of the resumption of diplomatic relations are “all grant funding”.

Dr. Mitchell stated that the only “first real loan that we were embarking upon … and not activated as yet is the loan given to expand the airport and that is not yet on as an active loan”.

He pointed out that Grenada is into “a serious programme of managing our debts” and is not indebted to the Chinese government.

He said that most of the small islands in the Caribbean like Dominica and the others that have relations with Mainland China have not been taking much loans from Beijing.

“Most of the (Chinese) aid has been grant support. While the narrative is out there, I don’t think that it applies to the small countries particularly in the case of Grenada,” he said.

“I can only speak for Grenada but I believe it might be the same thing for some of the smaller countries that have relationship with China in the Caribbean region,” he added.

In the international media, Beijing is often accused of luring developing or underdeveloped countries to borrow money for infrastructure projects and later controlling them if they fail to pay off their loans in time.

Many describe China’s economic goals in Africa and other parts of the world as a “Trojan horse,” with some analysts voicing criticism toward the multi-billion dollar Belt and Road Initiative (BRI) and accusing Beijing of laying ‘debt traps’ with the help of the project.

Africa expert Muhammed Tandogan, who also holds a Phd in International Relations at Istanbul Medeniyet University, told TRT World that China’s impact in Africa has been increasing at an alarming rate.

“Apart from its approach to the continent in the previous century, China has been achieved to be Africa’s leading strategic partner in the first quarter of the 21th Century,” Tandogan said.

On the one hand, he said, Chinese administration gives loans and debts in order to sustain its ambitious BRI, which would pave the way for its global leadership in the future, while on the other hand it seizes assets of the countries that are unable to clear their debts.

As the manufacturing hub of the global economy, China has a vested interest in promoting unfettered trade in manufactured goods, as well as trade-related infrastructure development.

In this context, the massive BRI has become the backbone of China’s global integration strategy on the basis of integrated energy, logistics, transport and communication linkages across the Eurasian axis reaching to the Middle East and Africa.

Kenyans recently raised concerns over Beijing’s plans to take over one of its strategic seaports since the African country is unable to clear its debts. Similar concerns have been raised elsewhere. In December 2017, Sri Lanka handed control of the newly-built port of Hambantota to a Chinese operator in order to satisfy part of its significant debt to Chinese lenders.

Despite Sri Lanka’s Hambantota port being leased out to China, mainly due to the persistent balance of payment crises which resulted from the reduction of trade over the years, many Western and Chinese sources have been conflicting on whether it is a part of China’s debt trap strategy or not.

According to Tandogan, the incident interrupted China’s soft-power based arguments in the international arena and also caused increasing concerns about China’s expansionist appetite.

While some Western sources claimed that China’s “debt book diplomacy” uses strategic debts to gain political leverage with economically vulnerable countries across the Asia-Pacific region and Africa, other China-inclined sources claim the opposite based on several cases taking place.

Some sources claimed that China owns 70 percent of Kenya’s external debt, while others say that it’s just 21 percent.