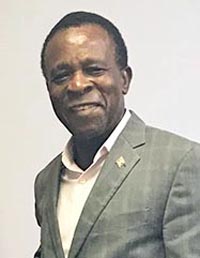 Prime Minister Dr. Keith Mitchell is still optimistic that Grenada will soon be able to reap some financial rewards from its offshore oil and gas resources.

The last time the Prime Minister made any public pronouncement on the oil and gas situation was on the eve of the 2018 general elections when he said that Global Petroleum Group (GPG), the Russian company involved in the process had found exciting prospects in one well that was drilled and several more “exciting” ones will also be drilled.

Speaking on a radio and television programme in St. George’s on Wednesday, Dr. Mitchell told Grenadians that the onset of the Covid-19 pandemic has slowed down the progress of the oil and gas exploration work.

“We have had enormous problems with going forward because of all the difficulties,” he said.

According to Dr. Mitchell, a lot of the companies that had previously showed interest in Grenada’s oil and gas have now taken a more cautious approach due to plummeting oil prices on the world market.

He said: “A lot of people who were willing to move forward and to do the drilling process, they have now held back for the time. I expect to see some movement as the oil prices move back up – even if it doesn’t get back to where it was originally before Covid-19, I expect to see more movement.

“So the oil and the gas is still there … but the extracting (of) it and getting people to commit is more of a problem,” he added.

Dr. Mitchell pointed to the situation in Guyana which has already started to earn some revenue from its oil and gas resources but has seen a dip due to the volatile situation existing on the world market as a result of the coronavirus.

He noted that Guyana started long before Grenada in oil and gas exploration and was only now beginning to reap the rewards.

“So, hopefully Grenada would be in that place too but it is taking longer than I myself and others would have projected,” he said.

Political observers have often accused Prime Minister Mitchell of using the oil and gas issue and the prospects of millions of dollars in potential revenue as a major trump card to help his New National Party (NNP) win all 15 seats in the 2018 poll.

There are unconfirmed reports that the Mitchell-led government has received millions of dollars up front from GPG that will be deducted once oil and gas extraction starts in the island’s offshore waters close to Trinidad & Tobago.

Public Utilities Minister Gregory Bowen has also disclosed that the Russian company has run into financial difficulties and was seeking the help of a Chinese business entity to get involved in the process.