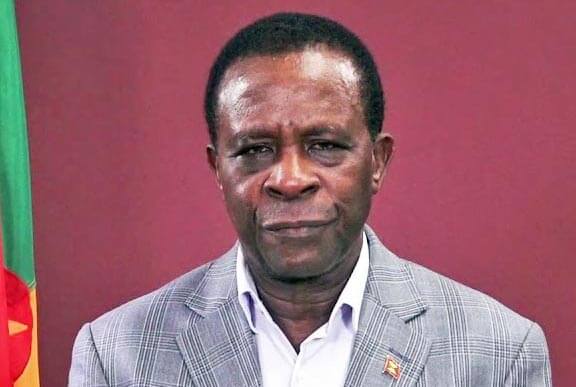 “What I am worried about is the education of the nation’s children, and the future of this country.”

Prime Minister Dr. Keith Mitchell has said that he is “not worried” about the political fallout from the ongoing 4% salary and wage increase dispute between his ruling New National Party (NNP) government, and public sector unions.

According to a statement from the Government Information Service (GIS) on May 31, PM Mitchell, who is the longest serving Prime Minister in Grenadian history, made the remark as he addressed a recent meeting with senior education officials, amidst increased industrial action by aggrieved public officers, and teachers whose retaliations have been affecting the classrooms.

“I am not worried about the political fallout from this dispute. What I am worried about is the education of the nation’s children, and the future of this country. I assure you that Government is moving speedily to find a resolution. I do not want schools to reopen in September with this situation still unresolved.

No one will benefit,” the Prime Minister is quoted as saying.

Government has argued that the Treasury is empty due to a downturn in business activities on the island from Covid 19.

The Grenadian leader pointed out that since Government signed the collective bargaining agreement with the trade unions representing public officers, the country’s revenue has declined dramatically.

However, he said that “we are now seeing an uptick and although we are not yet where we were in 2019, we are hoping that soon, we will be able to resolve this matter.”

“…Based on the increase in revenue collection,” PM Mitchell said, “we are getting to the point where we would soon find some methodology to solving this dispute.”

The Prime Minister’s statement came days after being informed of increased revenue activity at the Customs Department, which is a major revenue earner for the government.

Acting Comptroller of Customs, Algernon Belfon revealed last week that the department, was able to meet its set target in April, for the first time since the coronavirus pandemic struck the island just over a year ago.

Taking contention with the Mitchell government’s unilateral deferral of the 4%, the President of the Grenada Trades Union Council (GTUC), Senator Andre Lewis stated that due to the loss of jobs as a result of the pandemic, the household occupied by public officers, have to now take on more responsibility because of the increased demand on their income to be able to do more for their livelihood.

Economist and Leader of Grenada’s newest political party, ‘The Grenada Movement’, Patrick Antoine, noted that the unemployment rate now stands at 28%, the same as in decades gone by, while currently “36% of households are having difficulties meeting financial needs.

In addition, he said that 61% of the population do not have savings to last three months, 14.3% of households miss meals every day based on assessments conducted by his movement.

In commenting on the 4% issue during a recent virtual TGM press conference, Dr. Antoine expressed the view that if the government were to pay the increases it will reflect positively on the country’s Gross Domestic Product (GDP).

According to Dr. Antoine, “one of the ways that we can incentivise the public service is to honour the obligations to them”.

“…I think right now, that’s one of the key things to be done so that we break the level of mistrust and apathy that is creeping into the public sector that we hear of,” he said.