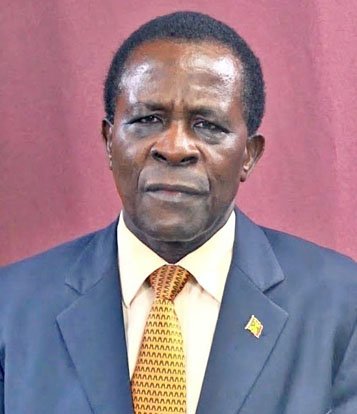 Religious leaders in Grenada have told the island’s Prime Minister Dr. Keith Mitchell that he needs to sit down with disgruntled teachers and resolve government’s non-payment of the agreed 4% increase in salaries to reduce the tension in the country.

The Grenada Union of Teachers (GUT) is engaged in several forms of protest action including street marches and night vigils to voice their displeasure with the failure of the ruling New National Party (NNP) administration to pay the increase which was due at the end of January.

Dr. Mitchell called a meeting with about 80 religious leaders this week to discuss the 4% issue along with the need to get them involved in helping government to get more people vaccinated on the island against the Covid-19 virus.

Among the attendees at the meeting were the Bishop of the Roman Catholic church in Grenada, Clyde Harvey, the Archdeacon of the Anglican Church, Michael Marshall, as well as Pastor Devon Rachae of the Evangelical ministry and several other clerics from the Muslim and Baptist religious faith.

A source told THE NEW TODAY that some religious leaders reminded Prime Minister Mitchell of their last intervention about two years ago when government decided to dock the salaries of public officers who took strike action on the Pension and Gratuity issue.

He said the Grenadian leader was told that he promised to get back to them on the issue and never did.

As a public service, THE NEW TODAY reproduces in full the letter sent by the Prime Minister to the religious leader following the meeting held with them. 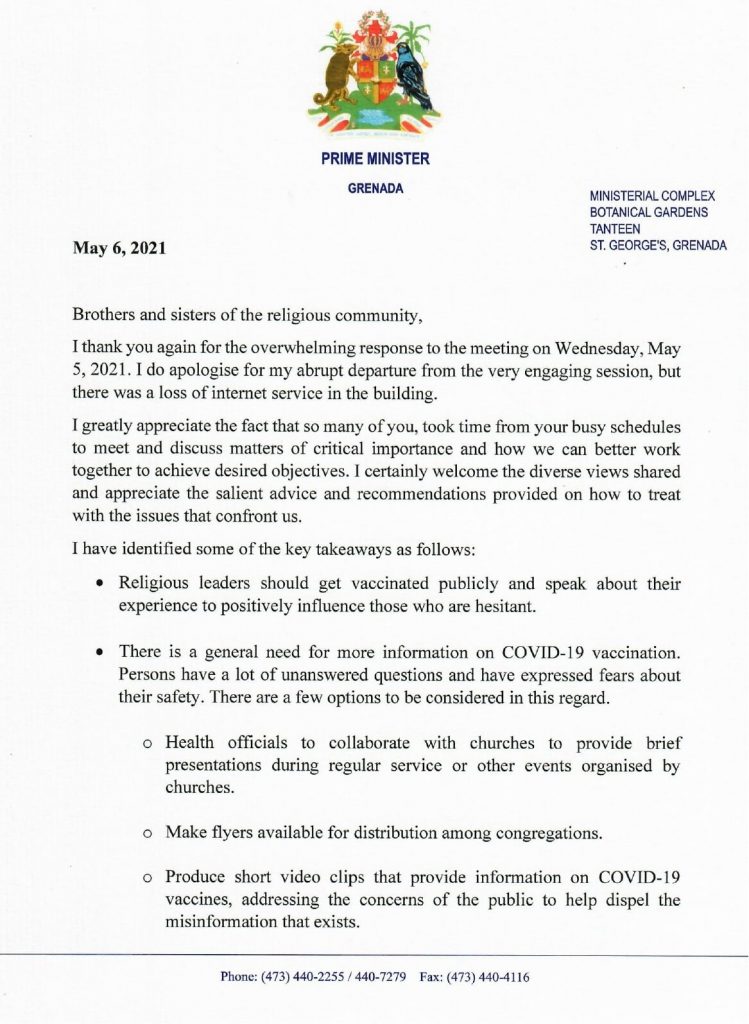 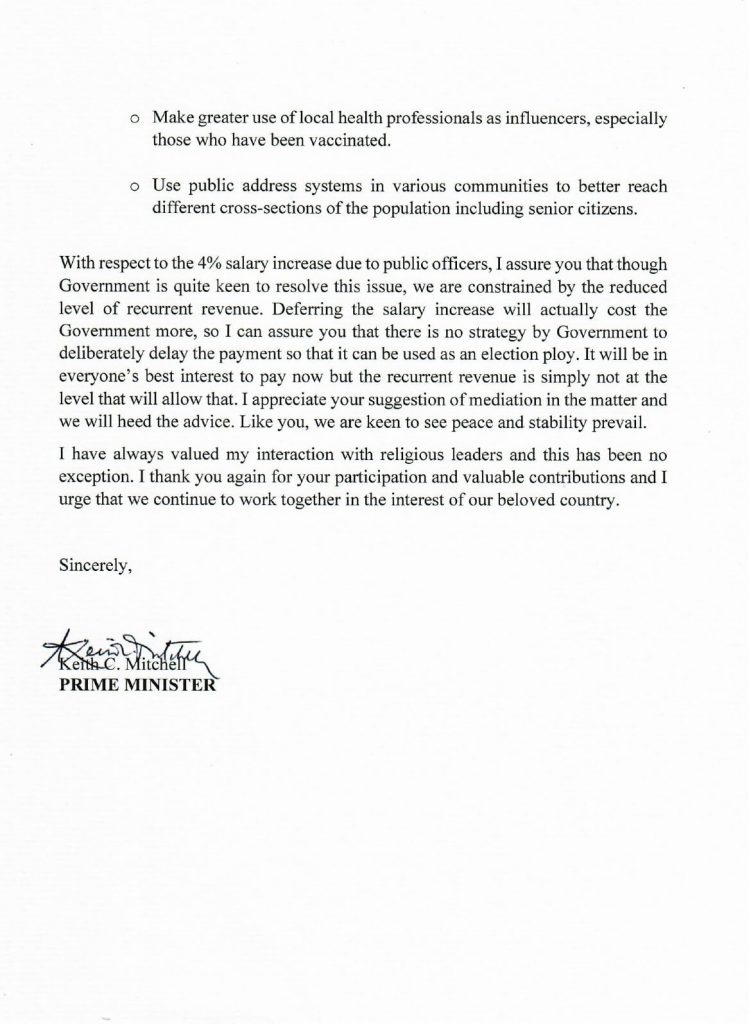