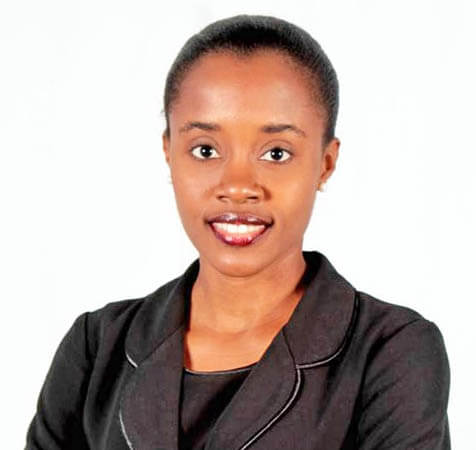 It was another defeat for Prime Minister Dr. Keith Mitchell before the court after he was challenged over the manner in which he deported a Pakistani national who had married a local woman.

Within days of winning the 2018 general election, the Prime Minister in his capacity as Minister of National Security ordered Muhammed Ehsan to be deported based on foreign intelligence information received that he was linked to terrorism.

Former Attorney General Rohan Philip moved the court to grant him a stay in the Deportation Order pending the hearing of a Constitutional motion that he had filed before a high court judge on behalf of the Pakistani.

Despite the pending court matter, Prime Minister Mitchell went ahead with the deportation and Muhammed was put on a flight and bundled out of the country.

A high court judge ruled in favour of Phillip and ordered the government to pay the airline cost to bring back the deportee into the country and to pay him compensation of over EC$150, 000.00.

The government decided to appeal the ruling of the judge and the matter was heard by a three-member Panel of Appeal Court Justices who upheld most of the decisions by the lower court.

Former Finance Minister Nazim Burke, an attorney-at-law by profession, argued the case for Muhammed and the State was represented by a legal team that included Solicitor General, Dia Forrester and St. Kitts-born lawyer Frank Walwyn who operates out of Canada.

Following is Part 2 of the decision of the Court of Appeal that was handed down by Justice Louise Esther Blenman:

(2). Pursuant to the power conferred on Parliament by section 99(2) of the Constitution to legislate for the deprivation of citizenship of persons who obtained citizenship by marriage, section 9(2)(b) of the Citizenship Act was enacted.

This provision permits the Minister responsible for Citizenship to deprive a citizen by naturalisation of his or her citizenship, if the Minister is satisfied that it is in the interest of natural security to do so and in those circumstances, exclude the right to be heard and to be informed of the grounds for revocation of citizenship as provided for in subsections (5) and (6).

The effect of section 9(2)(b) therefore is that there is no obligation on the part of the Minister responsible for Citizenship, before making an order under this section, to give the person against whom the order is proposed to be made, notice in writing informing him or her of the ground on which he proposes to act, of his or her right to an enquiry and to refer the case before a committee where the person applies for an enquiry.

Further, the Minister is not required by section 9(2)(b) to provide any hearing to the person who is likely to be affected.

(1). Mr. Ehsan, having been issued a Certificate of Registration, acquired rights as a citizen and was entitled to the protections afforded by the Constitution, including the right to protection of the law or due process of the law enshrined in section 8(8) of the Constitution.

The Minister responsible for Citizenship, by exercising his powers under section 9(2)(b) of the Citizenship Act, engaged the application of section 8(8), which, by virtue of its expansive nature, includes the right of the citizen to be afforded adequate safeguards against irrationality, unreasonableness, fundamental unfairness or arbitrary exercise of power.

Having assessed section 9(2)(b) of the Act against section 8(8) of the Constitution, it is clear that section 9(2)(b), without any qualification or due process mechanism built in, does not meet the condition that it is reasonably required in a democratic society to protect national security.

Instead, section 9(2)(b) completely curtails the right to due process of law. Furthermore, the State adduced no evidence as to the policy, socio-economic and procedural reasons which would support this draconian provision in the interest of national security.

Given the totality of the circumstances, section 9(2)(b) of the Act contravened section 8(8) of the Constitution and violated Mr. Ehsan’s right to due process and natural justice. Therefore, the learned judge did not err in so holding.

(2). It is trite law that the court will not strike down a statutory provision if it can be brought into conformity with the Constitution by making reasonable adaptations, additions or modifications.

In these circumstances, the court must identify the element of unconstitutionality in the impugned provision and, having done this, seek to determine whether the provision can be amended, adapted or modified to bring it into conformity with the Constitution without affecting the meaning or purport of the provision.

Applying this principle, it is clear that the words ‘and in that case subsections (5) and (6) shall not apply’, which infringe section 8(8) of the Constitution, are severable from section 9(2)(b) of the Citizenship Act and are therefore struck down as null and void.

It follows then that the actions of the state relating to the revocation of Mr. Ehsan’s citizenship, deportation, arrest and detention and seizure of his passport, in so far as these matters take life from section 9(2)(b) of the Act, are unlawful.

(3). The Constitution empowers the court to provide redress to litigants whose fundamental rights have been breached. The court is clothed with the jurisdiction to fashion the requisite means of redress to remedy the breaches. These can include compensation and declaration.

(4). The judge, in awarding compensation, ought to pay regard to the evidence adduced to advance a claim for damages. Where the evidence is scant or nonexistent to support an award of compensation or damages, the judge may make a nominal award so as to vindicate the person’s rights.

In this case, given the unsatisfactory quality of the evidence in relation to the losses suffered as a consequence of the State’s unlawful conduct, there was very little or no evidential basis upon which the learned judge could have made the awards which he did and it is appropriate for this Court to award Mr. Ehsan compensation only for the breaches and resultant loss that he has pleaded and proven.

[1] BLENMAN JA: This is an appeal by the Attorney General of Grenada against the decision of a learned judge in which the judge held that section 9(2)(b) of the Citizenship Act of Grenada (“the Citizenship Act” or “the Act”) offended section 8(8) of the Constitution of Grenada (“the Constitution”) which is the due process and protection of the law provision, and was therefore unlawful. There is also an appeal against the judge’s decision that a deportation order dated 4th April 2018 (“the Deportation Order”), which was made against Mr. Muhammed Ehsan “Mr. Ehsan”) pursuant to section 4(1)(f) of the Immigration Act, was null and void.

Additionally, the State appeals against the judge’s award of damages, including the vindicatory damages awarded on the basis of breaches of Mr. Ehsan’s constitutional rights.

Mr. Ehsan vigorously resists the appeal. He argues that the judge was correct to make the decision for the reasons that he did.

However, before the approval was granted, the Permanent Secretary in the Ministry of National Security, Disaster Management, Home Affairs, Information and Implementation (“the Permanent Secretary”) had written to then counsel for Mr. Ehsan adverting that his application for citizenship had not been granted as a consequence of an adverse due diligence report regarding Mr. Ehsan.

The report stated that he was a terrorist. This caused Mr. Ehsan’s legal representative to formally write the Permanent Secretary indicating that Mr. Ehsan was unaware of the due diligence report or from where it emanated. His then lawyer also indicated that Mr. Ehsan had a constitutional entitlement to citizenship consequent on his marriage and required that his client be issued with citizenship.

The Ministry of National Security then appeared to have continued the background checks conducted on Mr. Ehsan.

The Minister responsible for Citizenship thereafter issued citizenship to Mr. Ehsan and he was registered as a citizen of Grenada on 22nd March 2018, being granted a Certification of Registration, even though the State said that he continued to be under covert surveillance by the security services. Mr. Ehsan was required, by the requisite Ministry, to comply with certain procedures, including the payment of the fees, with which he complied.

Thereafter, the Minister for Immigration issued the Deportation Order and Mr. Ehsan was detained by the police for several days, with a view to his deportation.