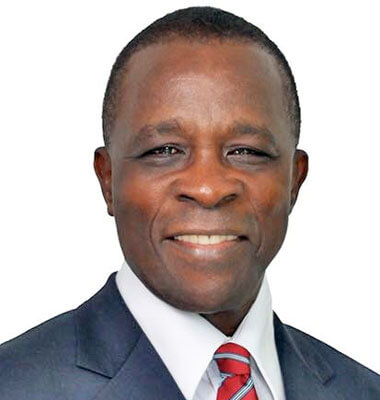 Trade union leaders have told their membership that the Keith Mitchell-led New National Party (NNP) government had staged a virtual “hijack” of the funds belonging to the state-controlled National Insurance Scheme (NIS) by taking away EC$10 million without any consultation to pay distressed workers affected by Covid-19 in the form of a stimulus package.

A leading trade unionist told THE NEW TODAY that the two representatives of the Grenada Trade Union Council (GTUC) on the NIS Board of Directors first heard about the $10 million issue in the local media and not through any official meeting involving members of the scheme.

This disclosure was made by the two Directors – Bert Patterson of the Technical & Allied Workers Union (TAWU) and Kenny James of the Grenada Union of Teachers (GUT) and highlighted in their report to the 15th Biennial Convention of the TUC held March 27th at the Public Workers Union centre at Tanteen, St. George.

The government Line Minister for NIS is Member of Parliament for St. Andrew North-west Delma Thomas and the Managing Director is Dorset Cromwell.

The union official said that there was no meeting of the NIS Board before the decision was taken by Prime Minister Mitchell and his government and then handed down to them as a directive to the scheme.

In an address to the nation at the onset of the coronavirus pandemic just over a year ago, the Prime Minister announced in a national address that the ruling New National Party (NNP) administration will give workers especially in the tourism sector who had to be sent home financial assistance for a period of three months.

According to the source, when the government realised that it did not have any money in the Treasury to make the promised payment it then targeted the workers funds at NIS to make the payment.

He said that when the Mitchell regime finally engaged the NIS in a discussion on the million dollar package, it told the board that it wanted the money to be given free as the State did not have any money to pay it back.

The source noted that both Patterson and James made the point in their report that they are concerned that the Mitchell government was using the workers money in “this delinquent manner”.

“…When time comes now to talk about it (the $10 million), apparently he (Dr. Mitchell) said they didn’t have the money to give so the NIS must pay it,” the source told THE NEW TODAY.

He said the loss of the $10 million by NIS at this point in time “has serious implications for going forward” given the already precarious financial situation facing the scheme and projections that it might not be able to pay workers in another 10 years.

Prime Minister Mitchell has often boasted that his government does not borrow any money from NIS but has been making consistent payments on arrears created by previous regimes.

Following are excerpts from the report submitted by Patterson and James to trade unionist at the GTUC session last month:

“Another significant matter which resulted from the Pandemic was the Prime Minister prior to any consultation brief or contact announced that the NIB will administer an Unemployment Benefit of $10 million for non HTRC workers which the government will reimburse.

“However, when the GOG (Government of Grenada) actually made contact with the NIB it indicated the funds will not be reimbursed by the GOG and would have to be funded by the NIB. This posed a problem as the legislation covering the NIB had specific requirements in the event a new benefit had to be implemented to include an Actuarial analysis on the effect on the Fund and source of funding the benefit.

“These necessary procedures were only then properly carried out which is the reason why the NIB Unemployment Benefit was so late in payment.

“As this Benefit was completely unfunded, the GOG has asked the NIB to do all that is necessary to implement a Permanent Funded Unemployment Benefit. That work has been done and the recommendations have been given to the Cabinet for their decision.

“The obvious leap in unemployment and the jitters in the international financial markets due to the Covid-19 and the USA election would have had a negative effect on any expected growth in the NIB Fund.”