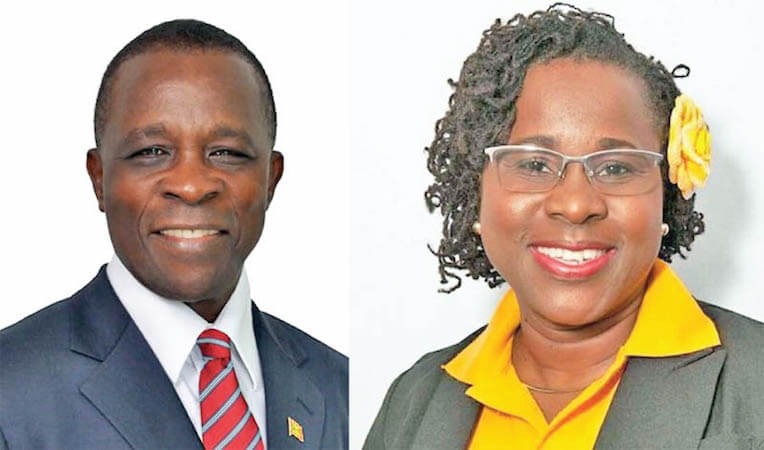 The Prime Minister is accusing Joseph of making false statements against him in connection with the failed shrimp farm project in which the foreign investors are allegedly being investigated for the disappearance of EC$52.4 million dollars from the project.

The monies were collected by the investors from the sale of Grenadian passports for the project that had promised to create about 300 jobs for residents of St. Mark which never materialised.

The lawsuit was filed Thursday by the law firm of Nigel Stewart & Associates which involves former Government Senator, Nigel Stewart, who is the husband to the current Minister of Legal Affairs, Kindra Mathurine-Stewart.

Joseph is being represented by former Attorney-General, Cajeton Hood who served in the post under Prime Minister Mitchell in the 2013-18 period.

In the lawsuit, the Prime Minister is claiming that attorney Joseph deliberately took out of context certain statements he made in 2017 at the ground-breaking ceremony in St. Mark to launch the Shrimp farm project in which foreign investors lost millions of dollars.

The move by Dr. Mitchell has caught many persons off-guard as it came in the midst of efforts by his government to combat the deadly coronavirus on the island.

One senior lawyer on the island expressed surprise at the timing of the lawsuit and questioned whether it was not designed to deflect attention from the uproar in the country over the controversial coronavirus bill that PM Mitchell was forced to temporarily withdraw from Wednesday’s sitting of the Lower House.

As a public service, THE NEW TODAY has decided to publish the Statement of Claim from Prime Minister Mitchell in the lawsuit filed against attorney Joseph: