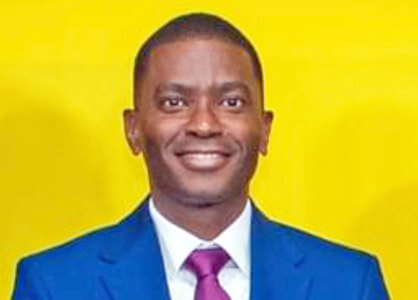 It’s always regrettable when industrial action is taken, particularly strike action at the very first sign of a disagreement or dispute, and so we are hoping that rationality, proportionate action, and common sense will prevail, and we are optimistic that this matter can be brought to a conclusion speedily.

Those were the words of Prime Minister Dickon Mitchell, in response to a question posed by THE NEW TODAY during a special press conference in St. George’s on Wednesday, concerning industrial action taken by workers at the St. George’s Port, who downed tools on Monday after a fellow long standing employee of 25 years, was summarily dismissed last week Friday, resulting in huge losses across all sectors.

“I am not just concerned about the impact of the industrial action on the government’s coffers. I am more concerned about the impact on the citizens of the country…and businesses, who need the port to trade, both to export and to receive goods…boats that are bringing in goods and services, fuel tankers, and traffickers who have not been able to send their goods to Trinidad,” said the Grenadian leader.

PM Dickon Mitchell made the comment hours after returning to the island, after attending the 2022 Trinidad and Tobago Manufacturers Association Dinner and Award Ceremony on Tuesday, where he lobbied for the transformation of trade within the region.

The Prime Minister who is also the Minister of Finance, which has responsibility for the Ports, used the opportunity to reveal that “the Ministry of Labour has intervened in the matter, up to late last night, the Minister of Labour and the Labour Commissioner met with the parties.”

“…We certainly expect that from a government perspective, the grievance procedure set out in the Labour Relations Act will be followed and complied with,” said the Grenadian leader.

President of the Technical and Allied Workers Union (TAWU), Senator Andre Lewis, who had “adopted” the strike action taken by Port workers, provided an update on the development on Wednesday, stating that “the Union has agreed with the suggestion and proposals” made by Labour Minister Claudette Joseph and newly appointed Labour Commissioner Valerie Thomas, during a meeting that went well into the night on Tuesday, however, he did not go into details.

The TAWU boss said Port workers are prepared to return to active duty once “the commitment given to us by the government as to the proposals that they have made which we have accepted without any conditions is received in writing.”

“But, we remain hopeful that we can find a resolution to this matter because it is in the best interest of all of us,” Sen. Lewis added.