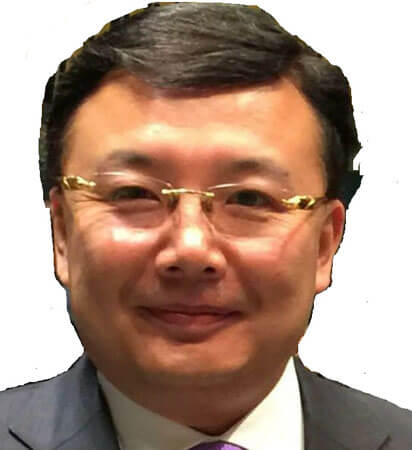 Prime Minister Dr. Keith Mitchell who angrily lashed out at a foreign investor, spouting racist comments during a sitting of the House of Representatives remains unrepentant over his racist outburst.

The Prime Minister said Wednesday that his comments were suitable in response to what he said was an attack on the country by former business ambassador Warren Newfield, the principal figure in the Kimpton Kawana Bay Resort at Morne Rouge.

Newfield resigned from his diplomatic post on May 20, issuing a stinging letter in which he accused the Mitchell-led administration of cultivating an anti-business environment and calling for a return to the rule of law in Grenada.

A day after the resignation, the Prime Minister referred to Newfield as “a white man coming to tell us we should change the leadership of the country”, adding that Newfield “does not look like us”.

During the media briefing, the Prime Minister said he has nothing to feel sorry for and that he has “already moved on”.

“My response was very appropriate to the attack on the country and the leadership of the country so I think we did what we had to do.

“So I don’t know that I have anything to rethink. I thought my statement was appropriate for the type of attack on the country and I have moved on from there.

“So the CBI committee has been working with the investor in dealing with the project. He is no longer a representative of the country.

And while the Prime Minister continues to assume an attack stance against Newfield, whose Kimpton Kawana Bay Resort is currently under construction in the south of the island, Dr. Mitchell was quick to defend another foreign investor who was charged by the US Securities Exchange Commission for defrauding millions of dollars from unsuspecting investors.

Charles Liu operated an EB-5 fund, which is a fund that offers lawful permanent residence opportunities to foreigners who make significant investments in the United States.

However, Liu misappropriated millions of dollars that had been invested in the fund, in violation of the Securities Act of 1933, which prohibits the making of false statements in the context of a securities offering.

He was ordered to pay back US$26 Million to investors who had been defrauded when he offered them investment opportunities in a Cancer centre in the US.

In 2016, Prime Minister Mitchell had promised to address Liu’s diplomatic status after his legal troubles in the US became public knowledge.

But last year, then Foreign Affairs Minister Peter David was able to confirm that Liu was still a holder of a Grenada diplomatic passport.

Speaking to local reporters this week, the Prime Minister, as the head of Grenada’s Cabinet of Ministers said he was not up to speed on Liu’s status with the country.

“I don’t know that there is any update as far as that situation is concerned. I know he had some difficulties and that’s where it is as far as I know.

“The Ministry of Foreign Affairs has not reported on any specific situation as far as he is concerned, at this particular time so unless I have information to the contrary I cannot tell you anything more.

“From what I know, the judgments, he has dealt with the problems that he has had and the fact that he is no longer having issues with that, I think that would certainly be cleared up as far as I know and therefore there is no need, as far as I know there is no additional information I need to give.”

When pressed further on Liu’s current diplomatic status with Grenada the Prime Minister continued to maintain that as the head of Cabinet and Government he was in the dark about just what is going on with Liu.

“I know the decision was taken, to deal with it then. I cannot tell you what the latest situation is and I just told you this a while ago, that I don’t know that there is any latest information. There may be but I cannot tell you.”

But while the Prime Minister has downplayed Liu’s involvement with Grenada, THE NEW TODAY is aware that he is currently posted in Beijing with the title of Minister Consular while his wife, Xin Wang, who was also named in the SEC fraud case is listed as Consular Attaché.

Grenada’s official list of diplomats from the Foreign Ministry includes Chi Liu, believed to be the same person.

The island’s Ambassador to China, Abbie David, daughter of Agriculture Minister Peter David, has been in Grenada for several months, yet to return to her post in Beijing.

There are unconfirmed reports that David is still here because Liu opposes her presence in Beijing.

On Wednesday, the Prime Minister passed the buck to his Minister of Foreign Affairs, Oliver Joseph saying that the Foreign Affairs Ministry would know better than he what the situation is.’

Minister Joseph did not respond to our telephone calls.

However, Prime Minister Mitchell was able to say that Liu continues to be involved in the Mt Hartman Development which is now being promoted as a resort and university campus.

When asked about how deeply he remains involved, the Prime Minister said he could not say exactly but that he is not at the forefront.

Speculation is rife that the Chinese investor is reluctant to travel through the U.S on visits to this part of the world.