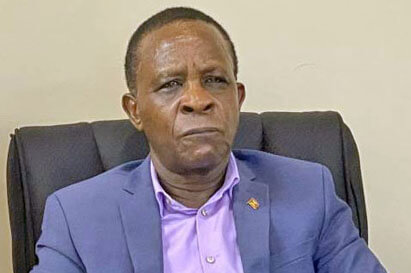 With tourism identified as a key sector to “drive economic growth, foster economic transformation, and build resilience,” amidst the COVID-19 health crisis, Prime Minister Dr. Keith Mitchell has disclosed that plans are in the pipeline to relaunch the country’s tourism product “in a very serious way in March next year.”

This follows Grenada’s selection to host the upcoming 3rd Test Match between West Indies and England, which is scheduled to run from March 24-28, 2022.

Prime Minister Mitchell made the announcement last week Thursday, while addressing the opening of the virtual national consultation on the budget for the upcoming fiscal year.

He said: “The question of how we get our tourism product back on track, I think is something we need to look at in a very serious way. Only today, I was in discussion with a small team that was looking at next year March, with the advent of the 3rd Test Match between England and the West Indies, which Grenada has been able to get.”

The Prime Minister expressed the view that “with early planning, there should be an opportunity to relaunch Grenada’s tourism product in a very serious way in March next year; starting now with the planning process, and the marketing, simply because we know (that) when test matches are held with the English team, thousands of visitors come from England to the Caribbean.”

The Grenadian leader said, because “the 3rd Test Match is highly sought after by many countries…we should use this opportunity (to start marketing Grenada).

“And, I suppose the Ministry of Tourism would have to come up with a specific plan of action going forward,” he said, while stressing the importance of the tourism and agriculture sectors on the local economy.

“The issue of the economic activity, tourism and agriculture, we cannot underestimate the impact, the importance of this, and how we marry the two (2) as best as possible…” said PM Mitchell, who linked the continued growth of the agriculture sector to the country’s ability to combat the impact of climate change.

Mitchell’s ruling New National Party (NNP) administration has often been accused of paying lip service to agriculture but placing greater emphasis on tourism through the sale of passports to lure foreign investors to build hotels on the island.

As the Mitchell-led government charts the way forward to economic recovery from the harsh impact of the coronavirus pandemic, the economy is forecasted to grow by 4.5% this year, unlike the 6% that was announced in the 2021 budget, which has experienced a 12.3% contraction in the first quarter of the year, mainly due to the stark decline in tourism and air transport, which reportedly saw annual growth of 4.3% between 2013 and 2019.

With the livelihoods of a high percentage of the young population depending on the tourism sector, which is represented in the loss of over 14, 000 jobs as a direct result of the pandemic, the Prime Minister acknowledged that the “stress on our young population is enormous.”

He told the virtual session that “emphasis on our youth and the investment in that area, is even more crucial (now) than before.

“…The stress on the young population has certainly never been as high as it is today…Every aspect of what a young person wants to do has seriously been impacted negatively, and therefore, the necessity for broad-ranging programmes in addition to what we have in train already becomes even far more critical,” said PM Mitchell.

Data from the Ministry of Finance shows that unemployment stood at just over 15% in 2019 but increased to 28.4% in the second quarter of 2020, due to the pandemic.

However, according to Policy Analyst in the Ministry of Finance, Chevanne Britton, who presented the macro-economic context of the budget for the upcoming fiscal year during last week Thursday’s national consultation, while there has been an increase in youth unemployment over the period, this is “partly attributed to a portion of youth entering the workforce after completing their studies and have been unable to find work since COVID.”

She pointed to the labour force statistics, which shows a “gradual decline (in unemployment) to 19.5%,” due to a “slight uptake in the first quarter of 2021,” which she noted, “is the last period for which we have data.”

Britton said the government is anticipating that “the economy will recover and grow driven mainly by activities in the construction sector (which declined by 7.4% in the first quarter of the year), and the (highly anticipated) recovery of the tourism sector,” noting that “activities in both these sectors usually spill over into other sectors such as agriculture, manufacturing wholesale and retail trade.”

The female policy analyst also acknowledged that “this data can change as we get more data and more information, and more events.”

The United Kingdom and the United States are considered major source markets for Grenada’s tourism industry.

According to the UK traffic light system of travel restrictions, which before October 01, ranked destinations as green, amber, or red according to coronavirus risk factors, Grenada is one of several countries now categorised as low risk in the “rest of the world” travel destinations category.

The latest travel advisory from the United States-based Center for Disease Control and Prevention (CDC) in September ranked Grenada at Level 4, having a very high level of COVID-19, following the spike in positive cases and community spread detected last August.

U.S travelers were told to avoid travel to the island, as even fully vaccinated travellers are at risk for spreading COVID-19 variants.