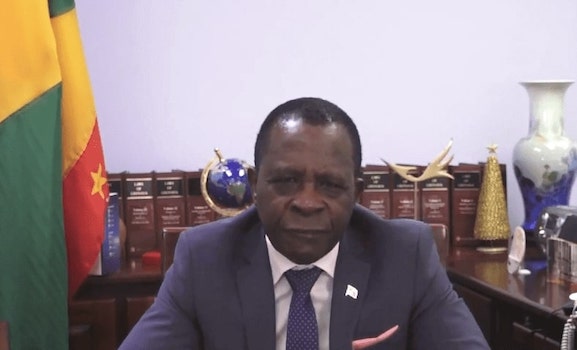 Prime Minister Dr. Keith Mitchell has dropped hints at a church service this morning that the island is seeing an increase in the number of Covid-19 cases and government will be taking action today to deal with the situation.

A church goer at the Uganda Martyrs Catholic church at Happy Hill said that the Prime Minister addressed the issue at the church service.

His pronouncement came against the backdrop of widespread reports in the country about the alleged discovery of a few cases of Covid-19 at hotels in the south of the island.

THE NEW TODAY has received reports from confidential sources that there could be Covid-19 cases involving three separate hotels.

One of the cases is said to be a local woman from the St. Andrew area working at a prominent hotel.

Speculation is rife that health officials are particularly concerned about this case as the woman could have picked up the virus from a guest which raised questions about the testing at the hotel for Covid-19.

According to the source, Prime Minister Mitchell told church goers that he would be going into a meeting with his Covid Team after the service to address the situation.

He quoted Dr. Mitchell as saying that it is cause for concern when a 13-member family could be infected by the corona virus in Grenada but did not explicitly say that these persons returned positive tests for the deadly virus.

He said Prime Minister Mitchell indicated that a number of activities planned for the upcoming holiday season might have to be halted.

Speculation is rife that the Mitchell-led New National Party (NNP) administration is thinking of doing a lock down of the country for the Christmas period due to Covid-19.

Health Minister Nicholas Steele did not respond to a message sent to him last night by THE NEW TODAY about reports of something amiss at a well-known hotel brand in the Point Salines area.

The following was sent to the minster who read the message but did not respond: “Something is smelly at a big hotel in the south of the island. All the workers were summoned to do PCR tests yesterday (Friday) and today (Saturday) for Covid-19. Both the management at the resort and the Ministry of Health are tight-lipped but the workers are talking”.

A worker at the hotel told THE NEW TODAY that without any notice, staffers were contacted and instructed to come in for immediate testing for Covid-19.

“….We had an emergency call to come in now to be tested,” he said.

According to the worker, some of them are planning to call the Ministry of Health today (Sunday) to find out what is happening since no one at the resort is telling them anything.

“Like they waiting for some to dead first before they could say something,” he remarked.

The worker indicated that he was not sure if the guests who come into the hotel mainly from the United States are asked to engage in quarantine in keeping with the protocol of the Ministry of Health before exposing themselves to staffers.

THE NEW TODAY cannot confirm widespread reports circulating in the country that the number of positive cases discovered in Grenada in the past few days could be between 13 and 27.