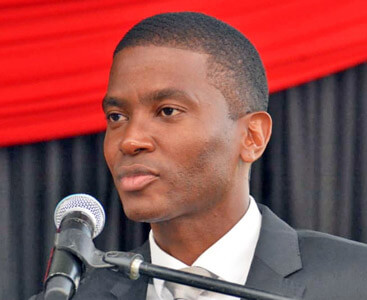 This system that we have where Members of Parliament, not ministers of government are given no resources whatsoever to address the concerns of their constituents is not going to lead to effective representation in Grenada.

Those were the words of Prime Minister Dickon Mitchell and Member of Parliament for St. David, as he acknowledged and responded to concerns raised by opposition MPs seeking clarity on where their constituents can access government assistance and resources, as the new parliamentary session got on the way at Mt Wheldale last week Thursday.

Speaking in Parliament, the Grenadian leader who turns 44 on Saturday took issue with the manner in which the democratic system has been working after nearly 5 decades following the attainment of Independence from Great Britain on February 7, 1974.

“We are gonna become 50 years old in short order, and the idea that you run up and down your constituency, ask people to vote for you, they vote for you, you become an MP and then you have no resources to do anything cannot be permitted to continue,” he told legislators.

Former government minister and Member of Parliament for St. Andrew North East Kate Lewis-Peters informed the House that she has been approached by many of her constituents who “are seeking clarity as to where they can access government assistance and resources” following the June 23 election which resulted in a change of government on the island.

“I myself, want to find out…as I represent them in this House, and to ensure that they can benefit from government assistance in the way they should just as every elected Member of Parliament, Mr. Speaker,” she remarked.

Adding to the argument was Dr. Clarice Modeste-Curwen, who echoed sentiments that were previously expressed by Town of St. George MP, Peter David against political tribalism among the main party and their supporters and urging that “the tribalism would abate a bit.”

“…I believe it is incumbent upon the government in office to let people know where they can go…I trust that in this House and our constituencies there will be a role for us. The House of Parliament has given us offices and I hope that these will be respected and used appropriately,” said Dr. Modeste-Curwen.

However, Prime Minister Dickon Mitchell, who assured the Opposition side that “there will be ample opportunities for bipartisanship work in the House, in government, and the public service, noted that over the years “we have subsumed Parliament to the government (and) the vote for Parliament was being run out of the Prime Minister’s Office, and then it was contracted out to a private entity.”

“And, I am very happy to hear my learned friend from St. Mark indicate that we need to respect the office of the MPs as distinct from what I call government services so that we don’t get to a situation where there is a change in office, and the MP does not have an office to serve.”

“So, I am happy to invite my friends on the other side, now is the time that they get the opportunity to change it because there was no opposition, to come along with us; we can perhaps start at the community stages, to be honest with our people, and say to them that as an MP, I do not have any state provided resources to help you.”

Days before last Thursday’s sitting, Carriacou and Petite Martinique’s MP Tevin Andrews told a local radio programme that his MP’s office is not yet up and running because the office was left without equipment or furniture.

“So, they now have procured the equipment – necessary pieces of equipment and so … this is why it is taking so long and you have to do that for most of the MP’s office and so on.”

The first sitting of the new parliamentary session saw the establishment of three (3) parliamentary committees to look after the affairs of the House of Representatives, following motions moved by the Leader of Government Business in the Lower House, and MP for St George South East Phillip Telesford.

Committees are appointed soon after the beginning of each session and are chaired by the Speaker of the House.

Prime Minister Mitchell said while he is “not on any of the committees that address privileges…I am going to start by saying, if we are going to strengthen parliamentary democracy, MP offices need to be given the respect that they are due so that MPs can in fact properly serve the constituents who have elected them.”

He is optimistic that the various “parliamentary committees will start by being honest with ourselves, and with our constituents by saying, this system that we have inherited, and which we have made no attempt to improve…we need to improve it.”

“…We need to start by addressing the fact that parliamentarians must be given some resources, they must be held accountable, and then you will know whether you have real representation or not because if my friend from St. George South East and I are given the same budget and he is working miracles in the South East, and I am not working miracles in St. David’s, then the people of St. David’s will have a comparison to see what true representation is about.”

PM Mitchell also advanced the argument that “simply paying salaries to four (4) persons in an office, and not giving an MP a budget to do anything whatsoever is a recipe for disaster (and) corruption.”

“And so, I trust that as members of this Honourable House we will begin to start addressing some of these structural deficits we have.” he said.