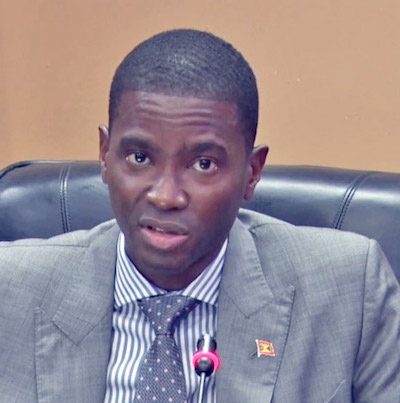 Newly elected Prime Minister Dickon Mitchell has brushed aside arguments advanced by former Finance Minister Gregory Bowen, that his election campaign promise to end contract work within the public service is “a threat” to the economic sustainability of the country.

During the just concluded political campaign, Bowen, who is the Deputy Political Leader of the New National Party (NNP), which was voted out of office to form the country’s opposition in Parliament, spoke of a pact that was entered into with the international community to reduce the size of the public service to 4000 from over 8000 employees in securing the haircut deal in 2013 to restructure the country’s massive debt.

Bowen said that PM Dickon Mitchell’s proposal to regularise the status of non-established workers on government contracts will increase the size of the public service, and block access to much-needed funds from international financial institutions, to help manage the country’s fiscal obligations.

However, PM Dickon Mitchell maintained his difference of perspective on the issue as he responded to a question posed to him by THE NEW TODAY during the first post-cabinet media briefing in St. George’s since the National Democratic Congress (NDC) took over the reins of government.

He said that “as new ministers, we have to learn the public service (and) the bureaucracy and ensure that administratively we are able to function, and function effectively.

The newly elected Prime Minister, who holds the portfolios of Finance, National Security, Home Affairs, Public Administration and Information, stated that while he has not yet had a formal assessment of the state of the public service, he has had initial meetings with the senior managers at the respective ministries in which the government’s commitment to addressing the staffing (and) condition of work issues was underscored.

According to PM Dickon Mitchell, “it is a mirage to think that people who work for the government are not public servants – they are being paid from the same Consolidated fund…whether you call them to contract for service, contract of service, public servants, established workers or unestablished workers” and also expressed the view that “the only entity that has grown the public service is the past administration.”

“That is a legacy that they have left, and a legacy that we need to fix because it is not just a question of the debt, and again, it is a debt that they incurred, so, the reality is if you incur debt, and if you used the monies, particularly in the non-productive sectors then exactly what happened is what will happen, you would then face a structural adjustment programme, increase taxes, and then the standard of living of our citizens will be affected by it. So, the size of government workers by whatever name you choose to call them is the size, and that is the reality.

“If you govern in such a way that you place the country in the hands of the IMF (International Monetary Fund), the World Bank, and all these multilateral institutions who then come back and say to you, cut the size of the public service, well that has been going on since the ’60s, 70s, 80s, 90s, that is what they do. So, we’ve inherited the situation, we need to address it, and we need to fix it,” PM Mitchell added.

However, the new Grenadian leader made it clear that “the standard of living of our citizens is more important than meeting some commitment to the IMF,” and quoted from Barbadian Prime Minister Mia Mottley, who stated that “we are here to service people, we are not here to service debt.”

PM Dickon Mitchell used the opportunity to “ask our personnel to be patient,” noting that “this is a very complex situation, and we would need time to sort it all out.”

However, he maintained that his government is “committed to doing so because we recognise it is important to take care of our staff if we are going to be on the same page and drive the transformation agenda home.

So, certainly, I look forward to leading in that aspect as the Minister with responsibility for Public administration. I am quite aware of the obligations that are placed on me that I lead by example,” PM Mitchell affirmed.

I don’t think anybody has more debt than the United States and they are a wealthy country. So, from that perspective, while I can appreciate that we are smaller, and we do not have the muscle that they have, certainly as the leader of the government my job is to fight for our people, and that means fight for servicing our people, not fight to service debt. It does not mean that we will be irresponsible or bloat the government service … to the contrary, we want to grow the economy.

And, we feel strongly that the growing of the economy has to be done by the private sector,” PM Mitchell added, noting, however, that this will “require for us as a government to invest in the areas where the private sector will be given the opportunity to grow.”

Acknowledging that the government cannot absorb the hundreds of Grenadians who come out of school every year, the Prime Minister identified the digital, Blue, and creative economies, and education, as areas that will give young people, in particular, the opportunity to become entrepreneurs.