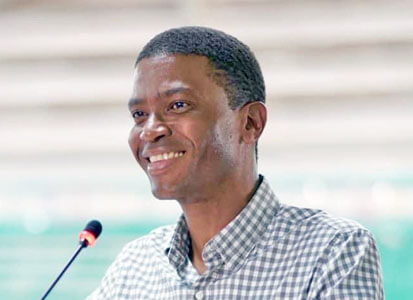 The local Rastafarian community can expect to make top dollars from Prime Minister Dickon Mitchell and his National Democratic Congress (NDC) administration following its commitment to set aside a prestigious place for them in the plan to move towards commercialisation of the marijuana industry for medicinal purposes.

Speaking in his first engagement with the media for the New Year, the Prime Minister told the Grenada Broadcasting Network (GBN) on its “Beyond The Headline” programme that some “restorative justice” has to be given to Rastas for their struggle in the fight to legalise ganja.

“..We have to look at the persons who persisted over the years in trying to frankly educate us properly about the use of the plant and in this part of the world it is the Rastafarian community so some special regards have to be paid to them,” he said.

According to PM Dickon Mitchell, some social and legal work has to be done also in going forward to address the question of persons who were arrested over the years for ganja-related offences.

He said the new Congress government which came to power following the June 23 general election on the island has set up a new committee “to guide us to where we really want to go” on the issue of medicinal and commercial use of marijuana.

He also said the administration sees it as “a misallocation of resources” to continue to criminalise marijuana which is widely now seen as a plant with serious medicinal value.

The Prime Minister stated that the government is not inclined to waste state resources by allowing members of the Royal Grenada Police Force (RGPF) going after people for just “a spliff” in their possession.

“It makes no sense and the police are better off doing proper policing rather than chasing someone for a spliff and so on,” he said.

However, Prime Minister Dickon Mitchell was quick to add that his Congress regime “does not want to send the message carte blanche that anyone can consume and grow marijuana as they wish.”

“That’s not the intention and the marijuana industry will be regulated – The intent is to have a regulated industry, a licencing system,” he said.

The Prime Minister disclosed that the government will also have to lay out a plan to protect the population as the marijuana industry “is big business.”

“…If we don’t craft a homegrown solution and we simply open up – you know what’s going to happen – people with money are going to come in, they will probably acquire land and then out-plant and out-produce our local people. So we want to make sure that production in particular stays in the hands of Grenadians.”

“We would certainly welcome partners when it comes to manufacturing and development of some of the bi-products but I think it’s important for production to remain in the hands of Grenadians so we can control what happens.”

The former New National Party (NNP) administration of defeated Prime Minister Dr. Keith Mitchell had tabled legislation in Parliament to decriminalise ganja for recreational and religious purposes, but it was never debated even though the party controlled all 15 seats in the Lower House.

Within weeks of coming to office seven months ago, the new administration signaled its intention to push ahead on the ganja issue.

Businesswoman Rolanda McQueen was named to head a 12-member Commission on Cannabis Legalisation and Regulation to engage in broad-based consultations and to engage in public awareness on the policy decision to legalise cannabis within a legal and regulatory framework.

During the re-opening of Parliament following the June 23 general election, Governor General Dame Cecile La Grenade announced in the Throne speech that the Congress government intends to invest in the marijuana industry.

Dame Cecile told the Joint sitting of Parliament: “Cannabis will be legalised and a legal and regulatory framework for its production and sale will be created to commence and guide the development of the industry. The focus will be on the medical and industrial uses of the plant, to create employment, and generate foreign exchange.”