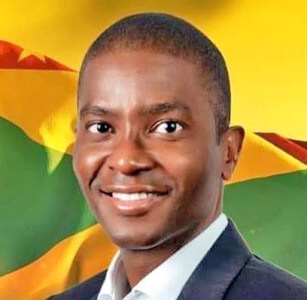 Grenada’s newly installed Prime Minister Dickon Mitchell has issued a strong reminder for each one to do their part to safeguard against the possible negative impacts of the 2022 Atlantic hurricane season, which runs from June 1 to November 30, covering the Atlantic Ocean, Gulf of Mexico and the Caribbean Sea.

“There are things we can all do as individuals to safeguard our families and homes, including, identifying the shelters nearest to you, stocking essential supplies for yourself and your families, cutting overhanging trees, and keeping your insurance payments up to date, particularly, property insurance,” the Grenadian leader said.

Prime Minister Dickon Mitchell was reflecting on the devastating impact of Hurricane Ivan 18 years ago as he addressed the opening ceremony of the 2023 Budget Retreat, which brought together government stakeholders in a virtual setting to deliberate on key aspects on the annual budget to be presented in Parliament later this year, by the Prime Minister, who is also the Minister of Finance.

On September 07, 2004, the category 3 hurricane claimed the lives of 34 individuals, left many others homeless, and destroyed several buildings, including schools, with total damages estimated at US$900 million, twice the country’s Gross Domestic Product (GDP) at the time.

Prime Minister Mitchell recalled the crippling long standing effects on the island’s tourism and agriculture-dependent economy, noting that “nearly 70% of tourism infrastructure was uninhabitable, with considerable damage to the agriculture sector, especially the production of cocoa and nutmeg.

“The government continues to work with development partners to mitigate the effects of Climate Change, and to mobilise resources towards climate resilience and adaptation building (but) I want to remind us all that we need to continue to do our part to be prepared as we are still during the hurricane season, and the heat and humidity experienced over the last several days should warn us that in fact, the conditions are ripe for the development of major hurricane storms,” he said.

“So, it is a reminder that as we reflect 18 years after the passage of hurricane Ivan, this is an ever-present threat to our existence,” he declared.

His remarks came days after Governor General Dame Cecile La Grenade outlined the new government’s agenda for climate adaptation and mitigation, during the opening session of the Eleventh Parliament at Mt. Wheldale, highlighting ongoing work with “the World Bank in the area of climate change budget tagging, with the strategic objective of categorising, measuring, and monitoring climate-relevant public expenditure, to better identify, and mobilise fiscal resources toward climate resilience building.”

During a live interview broadcast on the Government Information Service (GIS) following the delivery of the Throne Speech the Grenadian leader pointed out that one of the major challenges facing Grenada and other small island developing states is that “we have more ocean space than land.”

He indicated that because “we live in the hurricane belt…the impacts of climate change, the severity and frequency of hurricanes, storms, flooding, in the case of St. Vincent – a volcano, and tsunamis, these are ever-present existential threats, and so we have to be mindful that as we grow, and develop, we, in fact, build our homes (and) infrastructure to be resilient to some of those things.”

“So, for instance, we have to start thinking about whether we move our utilities underground so that they can withstand the impact of hurricanes,” PM Mitchell said.

“As we reflect on the anniversary of Hurricane Ivan, let us also reflect on the lessons learned,” the Prime Minister told the opening ceremony of the Budget consultation, stating that “hurricane Ivan is, and continues to serve as an example to the Caribbean region on the importance of disaster preparedness, and the critical need to bolster climate resilience and adaptation as small island developing states.”