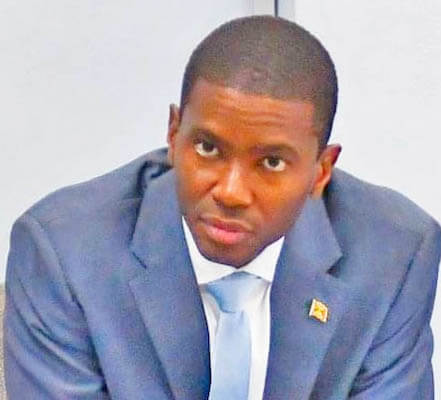 Those were the words of newly elected Grenada Prime Minister, Dickon Mitchell as he brushed aside claims made by his predecessor, Dr. Keith Mitchell that he was financed to win the June 23 general election by the passport selling outfit known as Henley & Partners.

In an exclusive interview with THE NEW TODAY, Prime Minister Dickon Mitchell called on Dr. Keith Mitchell to come forward with proof to support the allegation.

He categorically denied that the controversial Henley & Partners outfit any funds to aid the successful campaign of Congress which won 9 of the 15 seats to deliver a humiliating defeat of Dr. Keith Mitchell and his New National Party (NNP) in the just-ended election.

According to Dickon Mitchell, he had no personal relationship with Henley & Partners before and even after joining NDC to take over its leadership in October 2021.

He said that he is a part owner of a company called Mitchell & Partners Inc which offered local agency services under the Citizenship By Investment (CBI) programme and has had a business relationship with Henley and others.

He explained that Mitchell & Partners are restricted under the CBI act to perform the duties of local agents while Henley & Partners falls into the category of those who are engaged as marketing agents for the sale of Grenadian passports.

Prime Minister Dickon Mitchell disclosed that under CBI, there are certain things that only local agents can do and vice-versa with the Marketing Agents who find the clients outside of Grenada but to process the application it has to be done by a local agent.

He said that Henley would have brought clients to Mitchell & Partners and the local company would have provided that kind of service to them under the CBI arrangement that was put together by the former Keith Mitchell-led government.

“Outside of that I have had no relationship whatsoever with Henley & Partners – they never funded us,” he added.

Prime Minister Dickon Mitchell disclosed that the bulk of NDC funds for the campaign came from local contributions.

One party insider told THE NEW TODAY that the political leader of Congress was very particular in accepting donations for the elections and often turned down those who were offering money in exchange for favours.

There are reports that Dickon Mitchell refused to accept a large contribution from a donor to bring in a foreign artist to perform on the Congress platform similar to what was happening with Dr. Mitchell and his NNP.