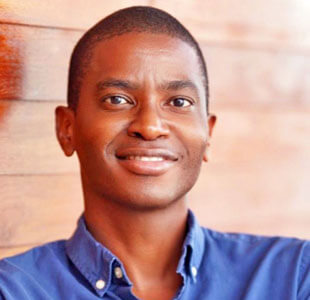 Prime Minister Dickon Mitchell has said that the plan of the near seven-month old National Democratic Congress (NDC) government is to turn Grenada into the Healthcare capital of the sub-regional grouping known as the Organisation of Eastern Caribbean States (OECS).

In his first major interview for 2023 on the Grenada Broadcasting Network (GBN) platform, the Prime Minister also said that the long-term plan of the administration is to get citizens from the region and around the world to feel confident about coming to Grenada for their healthcare needs.

Referring to Healthcare as an industry, the Prime Minister stressed that if done properly then it can bring tremendous benefits to Grenada including the prospects of Health Tourism.

According to PM Dickon Mitchell, the island’s healthcare system has deteriorated dramatically from what it was in the early 80’s and 90’s as it was considered to be much superior to what exists presently.

He also addressed the issue of a Teaching Hospital that was high on the agenda of the 2008-13 Congress government of then Prime Minister Tillman Thomas but was shelved by the New National Party (NNP) of Dr. Keith Mitchel after it won the 2013 poll.

He recalled that “significant work” was done back then to advance the hospital and was critical of the NNP regime for not following up on the plan.

“The administration changed and it was abandoned. In my humble opinion it was a foolish decision and we are paying a price for it 10 years later because we have to start from scratch” he said.

PM Dickon Mitchell disclosed that his regime plans to acquire the land to build a new Hospital for the island through a relationship with the American-run offshore medical school known as St George’s University (SGU).

The plan, he said is to allow the facility to become a teaching hospital for SGU, as well as to be placed in a position to provide proper health services to allow people from around the world to come to Grenada to do among other things elective surgery.

Related:  Campbell credits new government on its handling of SEAP

“We certainly think that there is an opportunity for us there,” he remarked.

According to PM Dickon Mitchell, the new administration at the Botanical Gardens is committed to taking steps to make Grenadians in the Diaspora who want to come back home to get the confidence that they can get the type of healthcare that they need.

Noting that the lands for the hospital were identified back in 2008, the Prime Minister said the government would like to first obtain the property before announcing how it plans to pay for it whether through “cash or kind.”

He pointed out that a number of options are available to build the hospital including the issuing of Bonds.

THE NEW TODAY understands that the former Congress government of Tillman Thomas was planning to build the new hospital in the Hope Vale area of St George South-east on lands that was once occupied during the 1979-83 Grenada Revolution as a camp for soldiers.

The revolutionary leaders had also used the camp to detain a number of persons including members of the Rastafarian community who had withdrawn their initial support to the People’s Revolutionary Government (PRG) in the face of a crackdown on their ganja smoking rituals.

Prime Minister Dickon Mitchell was also asked by the host of the programme, SGU employee Colin Dowe, on whether a model had been agreed upon by the new Congress government for the building of the new hospital.

He said the government is still open on it including the option of a BOLT arrangement in which a financier can be identified who will build the hospital and lease out to government at a payment fee in which the rental will then allow the State to own the medical facility.

PM Mitchell also cited as another possibility for the building of the proposed hospital a joint development arrangement with a private sector entity.