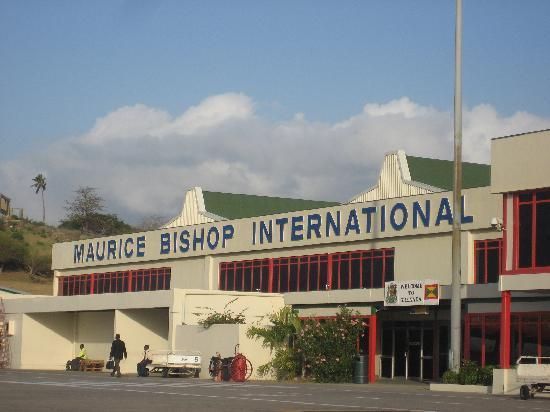 Police in Grenada have been tight-lipped about a plane that landed at the Maurice Bishop International Airport (MBIA) earlier today allegedly bringing home a number of deportees from the United States.

“Yes there is a scheduled repatriation flight but I do not know who is on it,” was the initial reply received by THE NEW TODAY from police spokesman, Superintendent of Police, Vannie Curwen.

The senior police officer was also asked by this newspaper on whether the protocol calls for the police to be informed by the United States that deportees are being sent back especially those with criminal records.

Yes, true so I will have to find out,” was the response from Supt. Curwen.

A senior lawyer indicated that the issue of returning deportees is a matter handled by the Ministry of Foreign Affairs, National Security, and the Royal Grenada Police Force (RGPF) including the Immigration Department.

The Head of Immigration later confirmed that a plane had landed at MBIA with deportees but told a reporter for this newspaper that he would have to get clearance from Assistant Commissioner of Police (ACP) Jesmon Prince to give out any of the details.

ACP Prince was not reached by telephone for comment on the issue of the returning deportees.

According to well-placed sources a party of officers from the Criminal Investigation Department (CID) of RGPF was also dispatched to the airport to help in the processing of the deportees from the United States.

The airport at Point Salines has been closed to air traffic since March as part of the island’s effort to fight COVID-19.

However, a prominent pastor on the island said that he was contacted by a family member of one of the deportees to help find a place for him to stay on arrival in the country.

“…The guy call him (the Pastor) from Jamaica and say he was there waiting to travel to Grenada. He was deported,” the Pastor was quoted as saying,” he said.

Another well-placed source told this newspaper that he was also called by a family member overseas to pick up a deportee from the arriving plane.

“Yes that is correct. I was approached to pick up someone from the flight. However for my safety from COVID and preservation of my character, I refused,” he remarked.

One resident on the eastern side of the island confirmed that she saw a plane flying pass her area around 2.00 p.m. making its way to the airport.

Another local in the area of Point Salines told THE NEW TODAY: “I saw the airport was busy this morning for real.”

Supt Curwen is still to respond to queries from this newspaper on whether the plane that landed did bring back only deportees and the protocol in place to deal with them on arrival in the country.

Yesterday, Prime Minister Dr. Keith Mitchell told a local radio and television station that government was looking to re-open the airport at the end of June but has been giving permission for certain flights to land at the airport.