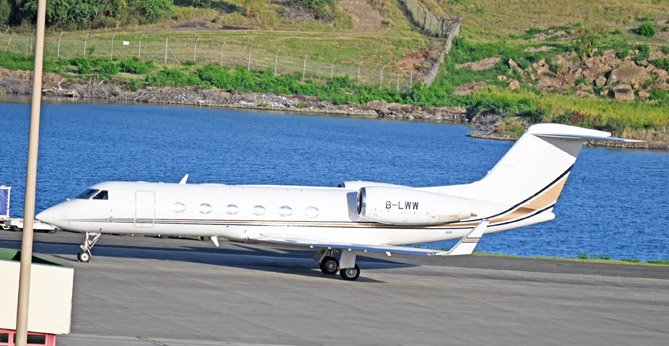 Grenada has confirmed that a private plane carrying nationals from Mainland China landed on Monday afternoon at the Maurice Bishop International Airport (MBIA) but the passengers were refused entry due to fears about the deadly Coronavirus.

The news about the plane was first reported by THE NEW TODAY newspaper following a tip-off that originated from the United States.

Dr Martin told a reporter from this paper who quizzed him on the issue that he is not authorised to speak on the matter and that after the necessary procedures were followed that he or the Permanent Secretary in the Ministry of Health would then be in a position to address the issue.

Another reporter associated with THE NEW TODAY was able to contact Health Minister Nicholas Steele shortly afterwards and confirmed the presence of the Chinese and the plane at the airport.

Minister Steele said that a decision was taken not to allow the passengers, believed to be Chinese businessmen to disembark the charter flight because two of the passengers were recently in China and Singapore.

“Grenada still has a travel restriction in place for anyone who travelled there and so we had to act accordingly,” he remarked.

According to the senior government minister, the plane with the Chinese did not come to Grenada directly from China but made a stop along the way in the Cape Verde islands.

“We are also on high alert in Grenada and the rest of the region and that also required us to be provided with additional information about the passengers when submitting manifest requirements, and what we received guided us in making the decision to have them not disembark,” he said.

THE NEW TODAY understands that the plane carrying the Chinese left for neighbouring Barbados.

Despite denials from the Grenada Ministry of Health, a local online news outlet that often carries pro-government articles reported that Monday’s incident was the third charter flight with Chinese businessmen to Grenada since the coronavirus became a global health concern.

The report said: “The passengers of the first two were allowed to disembark because they were not considered a health risk. The first came from Beijing and the second from Panama. It is not clear if they are on China state business with state officials or private sector representatives in the region”.

This newspaper cannot independently confirm that the second trip to the island by the Chinese carried the same set of businessmen who came on the first trip on January 31 and stayed at Silversands beach resorts.

There are reports in some quarters in the country that the first set of Chinese visitors left for Panama to be quarantined after spending five days in Grenada.

Speculation is rife that the Keith Mitchell government in St George is looking to bring in Chinese investors to do a number of projects on the island.

The dreaded and deadly coronavirus started in China late last year and is responsible for over 3,000 deaths around the world.