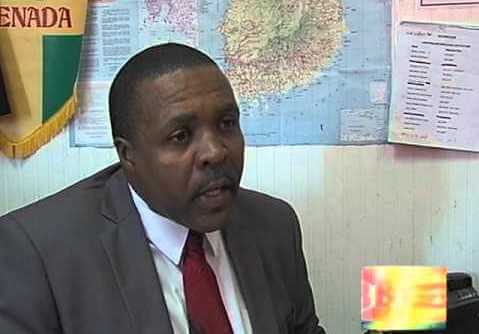 Howard Pinnock – removed from the post of Acting DPP

Senior Crown Counsel in the Office of the Director of Public Prosecutions (DPP), Howard Pinnock has been given the axe as Acting DPP in the absence of the holder of the position, Queen’s Counsel, Christopher Nelson.

A high-level legal source told THE NEW TODAY that Pinnock who holds the position of Senior Counsel in the office, has been informed that he would not be given an appointment to perform the DPP duties for the month of August.

According to the source, the decision to oust the Jamaican-born senior lawyer comes against the backdrop of sexual-related charges laid against the high profile Cletus St Paul, a key member of the Security Detail around Prime Minister Dr. Keith Mitchell.

Pinnock had given the Royal Grenada Police Force (RGPF) the go ahead to charge St. Paul after two females in the St. George’s area had filed complaints of a criminal sexual nature against him.

The two women were put in contact with the top bodyguard by Prime Minister Mitchell after they approached him for housing assistance.

One of the women alleged that St. Paul used his finger to push into her vagina without permission and the other said that she had to fight with him after he tried to gain access to her breast to put it into his mouth.

St Paul who is on EC$20, 000.00 bail for each of the offences is due back in court on February 1, 2021 for the start of the Preliminary into the sex charges, which could result in the 63-year old top security official serving a lengthy prison sentence.

The legal source said that the move against Pinnock is “somewhat strange” as he has always acted in the DPP position since 2013 whenever Nelson takes vacation or is not on the job on overseas assignments.

He said that the senior lawyer was appointed to act in March when Nelson who is nearing the age of retirement took leave and was performing the role until the Mitchell-led government decided to terminate it this week.

The job of Acting DPP has been handed over to Pinnock’s Junior, Chrisann Greenidge.