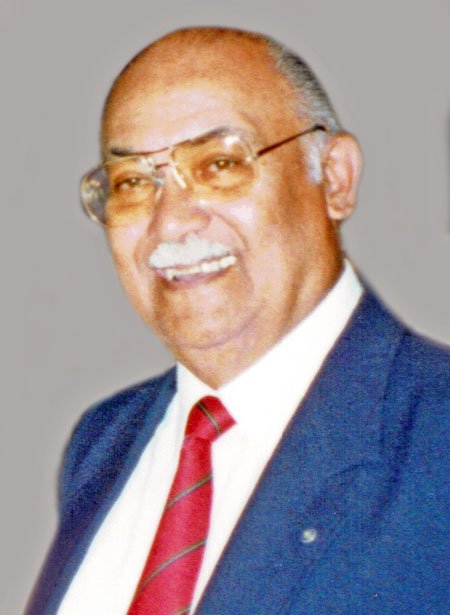 Prime Minister Dr. Keith Mitchell and the Media Workers Association of Grenada (MWAG) have recognised the contribution made to the development and growth of mass communication on the island by the late Raymond Smith.

In a statement issued by Prime Minister Mitchell, he expressed “deepest condolences” to the family of Smith who served his country in various capacities, including being part of Grenada’s interim administration in the 1983-84 period.

Reflecting on Smith’s contribution, Dr. Mitchell said, “He was a highly skilled, knowledgeable and pioneering engineer who left an indelible mark on the local and regional broadcasting industry.”

Dr. Mitchell added, “We are immensely grateful for his engineering expertise and commitment to improvement in the telecommunications industry. Grenada demonstrated its appreciation for Smith’s sterling contribution when a recommendation for him to be awarded the Most Excellent Order of the British Empire was readily approved by Government in 2000.”

An engineer by profession, Smith served for many years as the Chief Engineer of the Windward Islands Broadcasting Service and he was also instrumental in the creation of Grenada Telecommunications Limited, serving as the company’s first chairman.

The following statement was issued by MWAG on the passing of the former WIBS General Manager:

“The Executive and members of the Media Workers Association of Grenada (MWAG) extends condolences to the family of Veteran Broadcaster, Raymond “Ray” Smith.

“Smith passed away on Friday 3rd April 2020. Ray Smith, who was eighty-nine (89) at the time of his passing, made a significant contribution to the broadcast media, not only in his homeland, Grenada, but also across the Caribbean, having served as Manager for the then Windward Islands Broadcasting Service (WIBS).

“As a regional telecommunications expert, Smith was instrumental in the establishment of the Caribbean Broadcasting Union (CBU) in 1970 and steering the Union in its early years.

“Regional telecommunications experts describe Smith as a pioneer in the Media fraternity, in particular for innovations in broadcasting engineering. This includes devising a new form of studio soundproofing, using natural material, which was adopted by broadcast operations as far as the Pacific Islands.

“In 2017, the CBU went on to induct Ray Smith into its Hall of Fame. In 2006, under the Presidency of Michael Bascombe, Mr. Smith received a long service award from the Media Workers’ Association.

“Among his other contributions is serving as the Minister with responsibility for Telecommunications and Health during the Interim Administration, following the collapse of the People’s Revolutionary Government (PRG).

“Smith during the late 1980s was the Adviser and Chief Negotiator for the Government of Grenada in the initiative to integrate the business interests of the country’s Telephone Company and Cable and Wireless.

“He also spearheaded the establishment of GRENTEL, where he served as its first Chairman.

“His contribution to the development of the national and regional telecommunications sector will forever be etched in our hearts.

“We extend our heartfelt sympathy to his family, relatives, friends and colleagues.

May his soul rest in peace”.