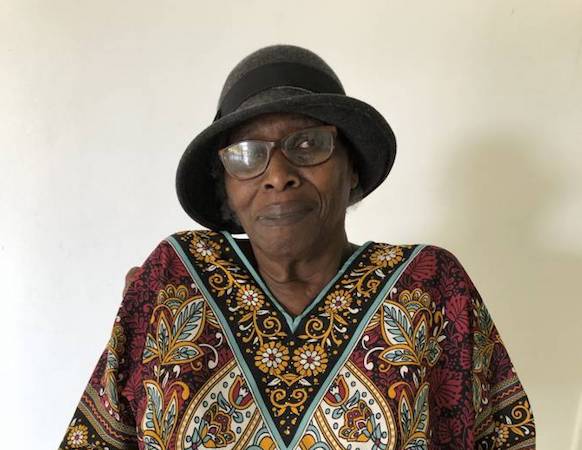 Tributes have started to flow in Grenada following the passing early Sunday morning of one of the island’s top female trade union leaders in the past 20 years, Luret Clarkson, the former President of the Public Workers Union (PWU).

Current PWU President, Rachael Roberts referred to the late public sector boss as “a stalwart, a strong and powerful President” who represented civil servants with distinction during her tenure as head of the union.

“She was fearless and served selflessly going all out to receive justice for members,” said Roberts.

Clarkson represented the PWU for over 10 years on the Regional body of the Public Service International as its Women representative.

She is also credited as the PWU President who was able to negotiate with government the biggest salary increase ever for public officers as a skilled negotiator.

According to Roberts, the late Clarkson would go down in history as one who represented workers “with love, compassion and empathy” and someone who “had no fear about whose feathers were ruffled as long as the interest of her members were served”.

Roberts said: “She (Clarkson) made that powerful voice heard throughout the region and the world in support of workers’ rights.

Never was she distracted by flawed objectives or selfish motives or self-interest. It was always about the rights and interest of the workers first.

She loved people and she loved them with full mutual regard for each man or woman. She was a woman of substance who served her country and people well”.

Recalling that Clarkson was at first a professional nurse, the current PWU boss noted that as a nurse she lived and worked by the principles of her profession as handed down by Florence Nightingale.

“Sis. Clarkson, you are gone but you will not be forgotten for your excellent service to build and strengthen the GPWU to become a well-respected and powerful Union. We love you and will miss you. Hats off for a great job,” she said.

President of the Grenada Union of Teachers (GUT), Marvin Andall recalled that when he first assumed the leadership of his union over 15 years ago, Clarkson was already at the helm of PWU.

Andall described her “as a real stalwart” for the trade union movement and “a shining example “for other leaders in the country”.

He said: “She (Clarkson) was a stalwart in an era where union leadership was dominated by males. She was the lone female trade union leader at that time. She demonstrated great strength – she was also very eager about the members she represented and always wanted the best conditions for them”.

“She did not left you guessing as to what she thinks. She was one who was always willing to share her views on any issue even if it was not the popular view but if she believed in something strong she did share that view,” he added.

The country’s best known trade union figure in the past 40 years, Senator Chester Humphrey pointed out that “organised Labour has lost a stalwart” following the passing of Clarkson.

One of the island’s senior lawyers described the late PWU President as “a pathfinder and trailblazer” and a nurse at the hospital who identified Clarkson as the one who influenced her to join the profession said she was feeling “really sad” to hear of the death of her mentor.

No date has been given by the family for Clarkson’s funeral which has been entrusted to Otway/Bailey Funeral home on the Carenage, St. George.