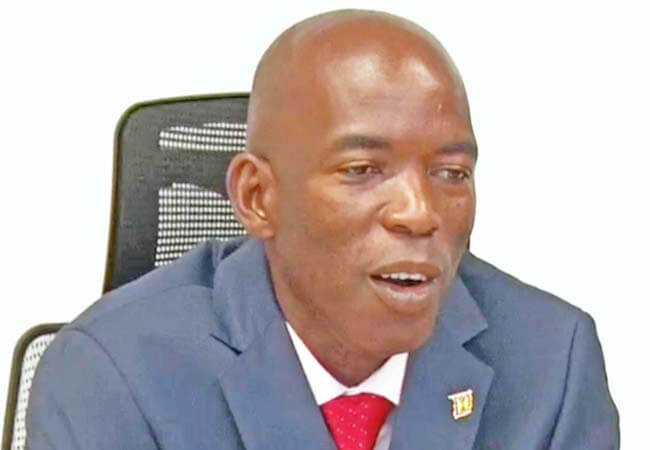 The move at national opposition unity in Grenada apparently took a giant leap forward Tuesday when it was announced that the Opposition Leader Tobias Clement, who is without a formal political party, and his three senators – have reached an agreement in principle to have some form of alliance with the main opposition National Democratic Congress (NDC).

Clement appeared together with interim NDC Leader Adrian Persuader Thomas at a virtual press conference on Wednesday to announce that they are very near to striking a deal to join forces for the next general elections.

The impact of such an alliance on national politics is being viewed in some quarters as a possible gift to the ruling New National Party (NNP) whose approval nationally is at what some say is an all-time low, with its potential to split the votes when Grenadians return to the polls.

But there is also a side that believes opposition unity might be the best way to defeat a party that has entrenched itself with the State coffers fully at its disposal to further its partisan political agenda.

Clement and his three opposition Senators have been in talks with the NDC over the last few weeks and on Wednesday, at the joint news conference Clement said he believes there is “good foundation for a coalition” in Grenada adding that “The status quo can be challenged and they need to be challenged”.

Acting political leader Thomas said the NDC has been engaging other opposition groups and individuals as the party seeks to put itself on a stronger footing.

Thomas said the unity talks have the blessing of the NDC executive and the majority of its 20, 000 strong base.

Thomas said Clement, who crossed the floor just over 2 years ago to become Leader of the Opposition, leaving the NNP one man down, will be welcomed fully into the party along with his Senators.

Opposition Senators Tessa St Cyr and Matthew Joseph appeared at the joint news conference and offered their full support to a unified opposition.

Absent was Senator Rolanda Mc Queen who was appointed to the Upper House of Parliament just about a month ago.

In a separate comment on the unity movement, Mc Queen told THE NEW TODAY, “I support any movement for opposition unity”.

She said: “We have to be prepared to take extraordinary measures to reverse the destructive path that our country has been placed on and to end this crisis of governance and irresponsible leadership that has been forced on us as a people.

“As an independent Senator on the opposition side of the Upper House, I am pleased to be part of any discussions on how we can tackle the country’s growing youth unemployment, rebuilding our productive sectors and protecting our democracy,” she added.

Asked whether she would become a card carrying member of the NDC, Mc Queen said she is focusing on the people rather than on a party at this time.

Both sides have said that what the alliance will look like is yet to be decided and by next week an announcement is likely to be made about whether there will be a merger with Clement and his Senators becoming members of the NDC or whether it would be an agreement of cooperation.

Clement said there are “no strings” attached to his decision to consider an alliance with the NDC and his aim is to be part of a movement that will rescue the country from Prime Minister Mitchell and his NNP.

In a separate interview with both Clement and Thomas, they were asked if they intend to engage The Grenada Movement (TGM) – the political party launched recently and which is likely to be led by economist and former Ambassador to Caricom, Dr. Patrick Antoine.

Dr Antoine was also closely affiliated to the NNP Administration as an advisor.

Neither Thomas nor Clement gave a direct commitment to engage the TGM, saying the party is still very new, having been launched on August 2, but both said they have in the past held discussions with Dr. Antoine about a possible accommodation.

“We are heading in the direction of creating a united opposition and if they are a political party and they have good ideas and good plans to move Grenada, why should we hesitate? There wouldn’t be any hesitation.”

Responding to the possible inclusion of TGM, the opposition leader said, “From the beginning I have said that all opposition forces would have to come together for the development of this country. I still feel strongly about that. In terms of alliance, in terms of discussions I do believe that TGM is still in its birthing stage. In terms of power brokering, how heavy or what is the weight of TGM as a political party just a few days old.”

Meanwhile Leslie McQueen, a former Grenada Press Secretary and longstanding NDC activist also weighed in on the likely merger, saying he is pleased at this move to strengthen the party’s position and to be inclusive.