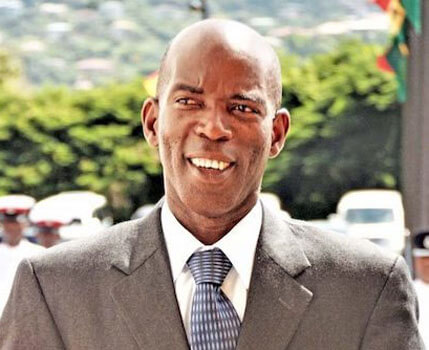 I think that there could be some truth to it.

Those were the words uttered by Opposition Leader, Tobias Clement when quizzed by THE NEW TODAY on reports that one of his Senators, Dr. Tessa St Cyr was teaming up with the main National Democratic Congress (NDC) to battle against the ruling New National Party (NNP) in the much anticipated upcoming general election.

According to Clement, the Member of Parliament for St George North-east, he did speak with Sen. Clement who confirmed that she had spoken directly to Congress on the issue.

Sen. St Cyr is known to have her eyes set on the St. Andrew North-east seat held by Kate Lewis, the Minister in the Office of the Prime Minister with responsibility for Youth Affairs.

Chairman of the Grenada Co-operative Nutmeg Association (GCNA), Leo Cato has been engaged in political work for Congress in the constituency over the past year.

Clement said that Congress, now led by new leader 44-year old attorney-at-law Dickon Mitchell “has been talking with everybody including me too.”

The Opposition Leader indicated that he is aware that NDC, as well as the near dormant new party called The Grenada Movement (TGM) of Dr. Patrick Antoine have engaged in talks in recent times with all the members of his Senatorial grouping to attract them into their fold.

Asked if he had met this week with Dickon Mitchell, he said: “Yes I have. There is a lot of communication and negotiations going on. There are other people within the NDC organisations whom I have met with.”

“There are a lot of people who are really interested in bringing this thing together. The question really is – when and how?”

Clement admitted that prior to the NDC Convention of October 31 when Dickon Mitchell took over the job of Political Leader, there were ongoing meetings between Congress members and his team of Senators.

He said that the honeymoon period given to Dickon Mitchell is now over and it is time to get down to the serious business of a possible accommodation for the upcoming general election.

“We believe that the honeymoon now is over and it is time for us to go back to the negotiation table, and that is where we are” he remarked.

“I do believe that we as a group and I think that NDC is also seeing there is merit in coming together but like I say with everything else (it’s) how, when and the whole semantics of it – that has to be hammered out,” he said.

Clement went on: “I will not just go and say align or join or have some kind of accommodation with NDC without some form of agreement that can hold water. It is only sensible. After all, I don’t think that I just came down yesterday in politics.”

“I will not just go and align and give them a blank cheque with me. Hell no. The thing about it is – how can you hammer out the differences in an amicable way where it’s a win-win situation for Grenada.

“If we can get to that point I’m all in but if it’s that the negotiations are a joke and petty and everything like that (then count me out)”.

Clement also used the opportunity to appeal for sensitivity on the part of some in Congress as too many “leaks” often come out from that quarters about the negotiations.

This, he said, is an issue that has plagued NDC over the years in the political arena.

The Opposition leader also warned Dickon Mitchell and his new entrants into the political arena that they should not underestimate what he referred to as “the viciousness” of Prime Minister Mitchell when it comes to an election campaign.

He said: “They do not understand in terms of election and electioneering how vicious and I wouldn’t use no other word how vicious Keith Mitchell is. Those guys are new (and) because they are new, I do not blame them for the little naivety in terms of not knowing who they are dealing with”.

Speculation is rife that with the level of political campaigning taking place in the country, it is quite possible that Prime Minister Mitchell might set the date for the upcoming election in the March to May period.