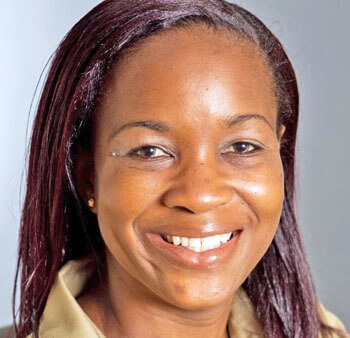 Opposition Senator Dr. Tessa St Cyr is now a full-fledged member of the National Democratic Congress (NDC) and has submitted the required documentation to be considered as a candidate in the upcoming General Election.

In an exclusive interview with THE NEW TODAY, Sen. St Cyr said that she took up membership with the main opposition political party, led by 44-year old attorney-at-law, Dickon Mitchell just before Christmas.

‘I joined the party late last year,” she said.

Speculation is rife that the member of the Upper House of Parliament who is attached to St George’s University (SGU) has her eyes on the rural St. Andrew North-east seat held by Kate Lewis, the Minister in charge of Youth Affairs in the Office of the Prime Minister.

According to Dr. St Cyr, there has been contact between the Congress party individually and collectively with members of the Senate aligned to Opposition Leader, Tobias Clement.

She recalled the holding of a joint Press conference between the NDC and the Clement team of Senators when the main opposition party was then led by Interim Political Leader Adrian “Persuader” Thomas a few months ago.

“We were very open that talks were going on – I think everybody knew that,” she said.

Dr. St Cyr stressed that the engagements between the two sides continued for some time and went off the boil when the NDC held its convention at the end of October in which Dickon Mitchell was elected as its Political Leader.

She said the discussions slowed down somewhat as the new NDC executive was settling down to take charge of the business of the party.

She acknowledged that she has had conversation with the NDC on her own and not with the other members of the Senatorial grouping but did inform the others about it.

She said the issue of being a candidate for NDC in the election was discussed but that there is a process to be followed and she is definitely involved in it.

Asked if she informed the Opposition Leader about joining Congress, Dr. St Cyr said: “I was appointed by the Leader of the Opposition and I am accountable to him while I appreciate my independence of thought and functioning, I have a responsibility to let him know things that will affect our functioning whether positively or negatively.”

“As I said I do not do anything and not inform them beforehand in most cases this is what is going to happen. I have engagements and I go into the Group Chat and I say, guys I have been invited ….whatever it is and I let them know this is what’s happening,” she added.

As regards the NDC process to select constituency candidates, Dr. St Cyr confirmed that she was incited to send in a CV.

“I have done so and that’s the most I can confirm at this time,” she told THE NEW TODAY.

Asked if she had identified a particular constituency which she has an interest in, the Opposition Senator said: “I do not wish to comment on that at this time.”

Dr. St Cyr was asked specifically what motivated her to get involved in frontline politics in the country at this point in time.

She said: “I was approached before and not necessarily by any political party but more by constituents and those kinds of conversations have actually intensified. I cannot say it is because of me being in the public space now or not and I would not even attempt to assume but more and more people have been approaching me and requesting that I submit myself or I offer myself for the position of candidate.”

“…I do not do things without a process so I reflected, I prayed, I asked for guidance – I speak to different people who I have close to me and I have done that and that is why I would have taken part in that initial process (to be considered as a candidate for NDC),” she added.

Dr. St Cyr went on: “While the process for the selection continues I also have my own personal process of engagement or deciding to engage or not so I’m also engaged in that.”

Last week the Opposition Leader confirmed that he was also engaged in talks with officials of the NDC on an arrangement for the upcoming general election.

Clement is the current MP for the St. George North-east seat in which a few NDC persons are said to be interested in getting the nod to run on the ticket of the party in the national poll.

Both the NDC and the ruling New National Party (NNP) have been intensifying their political activities in recent days as pundits are predicting that the election could be called by Prime Minister Dr. Keith Mitchell between March and May.