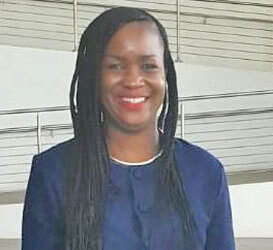 While calls have been made for the restoration of the Grenada National Library in St. George, which has not been accessible to the general public for the last 10 years, some disagree with the Keith Mitchell-led government’s plans to “aggressively” pursue this goal as a priority area in the budget for the upcoming year.

Opposition Senator Dr.Tessa St. Cyr voiced concerns in this regard as she contributed to the debate on the 1.3 billion dollar 2022 budget, which opened in the Upper House of Parliament on Monday.

The former teacher said the Ministry of Education should have instead prioritised “improving the school libraries,” a measure she believes “could go a very long way in improving our student’s performance at CPEA (Caribbean Primary Exit Assessment) in Language Arts.

She noted that “only 50% of schools within the tri-island state of Grenada, Carriacou, and Petite Martinique have school libraries, and of those, only 20% were fully functional.”

To further emphasise her argument, Sen. St. Cyr told the Senate sitting that this is an area in which “for the past eight (8) years, our students have not surpassed a national mean of 67%…66.7%, that’s the highest we have gotten in language arts at CPEA.”

“While I have heard that there is work to be done on the national library, and the Grenville Library, these will take time. So, a more immediate intervention would be giving attention to the school libraries,” the Opposition Senator added.

She also used the opportunity to tell the Upper House of Parliament that “in relation to performances in the standardised tests, our students continue to perform dismally in Mathematics at CSEC.”

“I did not see any in the budget, and these are recurring issues,” she quipped.

Finance Minister Gregory Bowen announced plans in the budget to make a 133.5 million dollar investment in the education sector in 2022, an increase of approximately $10 million over 2021.

According to Dr. St. Cyr, just over $9 million (more) is allocated for the Ministry of Education in the 2022 budget than in the previous year.

In announcing plans for the national library during her contribution to the 2022 budget, Education Minister Emmalin Pierre said, while the Ministries of Education and Infrastructure continue with their quest to “identify funds to refurbish the entire building” which houses the National Public Library, work has been ongoing to digitise the documents, which will soon be available online.

According to the female government minister, a huge percentage of material at the national library has already been archived, and the Ministries of Education and ICT are working to have the process completed in 2022 through a partnership with UNESCO.

“…We would be moving to ensure it is online,” she added.

The national library was forced to close its doors to the public in 2011, after it was deemed unfit for human occupancy due to termite infestation.

Minister Pierre said: “…It’s a very expensive massive project. We wanna maintain the heritage (and) certain things that cost more…We had one source identified, that source has not come through (but) the Minister of Works has given the assurance that another project is identified where this initiative is gonna be captured. Mr. Speaker, we are going to be working aggressively in 2022 to restore the St. George’s library,” the Education Minister assured the Lower House.

Minister Pierre also said that work will take place on “the Grenville Library, which will be housed at the Grenville Complex,” in Grenville, St. Andrew, a project which she noted, “is currently in the tendering stage.”