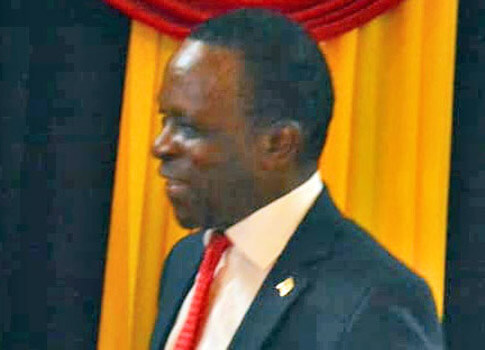 Former Prime Minister Dr. Keith Mitchell is planning to end his political career fighting for the country’s poor, and vulnerable in his new role as Leader of the Opposition in the country’s Parliament.

The 75-year old Member of Parliament for St George North-west suffered his most humiliating and embarrassing defeat in electoral politics when he lost his job to 44-year old Dickon Mitchell, an attorney-at-law who got into frontline politics only eight months ago.

Addressing a ceremony held Monday in which he took the oath of office to serve as Opposition Leader in Parliament, Dr. Mitchell said: “I will end my political career standing strong for the things that I believe in, and that of the New National Party. We will fight to protect the poor and vulnerable, we will fight for all but the poor and vulnerable deserve special consideration from the government.

The ex-Grenadian leader signaled his intention to fight the newly installed National Democratic Congress (NDC) on the issue of the possible resale of the majority shares held by government in the state-controlled Grenada Electricity Company (GRENLEC).

Dr. Mitchell said he was not opposed to privatization but not when it came to critical vital national assets.

Dr. Mitchell said that initial efforts of the Opposition team will be spent “advocating and protecting the programmes that we (the outgoing NNP government) have put in place which were bent on helping the ordinary folks of this country to cope with particularly these trying economic times.”

There has been a lot of tension in the country’s industrial climate during the latter part of Dr. Mitchell’s 23-year reign as Prime Minister, with trade union leaders accusing him of crafting a system of victimisation, and discrimination within the public service.

The newly elected Prime Minister Dickon Mitchell had campaigned on a promise to end victimisation and discrimination against government workers, some whose bargaining agents contend have been disenfranchised over the years under a system of contract work put in place by the Mitchell regime since the 1990s.

As a sign of the NDC’s “commitment to ensuring that peace prevails” on the labour front, PM Dickon Mitchell, who is also the Minister of Finance, announced plans to pay teachers “the salaries that were docked unjustly from them” as early as the end of July 2022.

According to the most recent World Bank Group, Living Conditions in Grenada: Poverty and Equity update released in 2021, nurses and teachers are among the poorest working class in the country.

Related:  Outlining the plans for the Creative economy

Dr. Mitchell has pledged to give support to programmes, policies, and laws that the newly installed NDC government will bring before the chamber that will “seek to defend and empower the people,” and to “represent those whose voice might be drowned out in the noise of the political marketplace.”

The ex-Grenadian leader also maintained his position for docking the salaries of teachers and public officers who took protest action against his government over an uphill battle for pension, and gratuity after the his NNP government reneged on agreements in a Memorandum of Understanding (MOU) that was signed with trade unions just before the clean sweep victory in the March 2018 election.

Responding to questions posed on the decision of the country’s new Prime Minister to pay the docked salaries, which will likely bring an end to the “work to rule” system that came into play shortly after the NNP’s clean sweep victory at the 2018 poll, Dr. Mitchell said his position on the issue will not change because he is in Opposition.

“My position on this was very clear. I don’t think I have to repeat it…if you don’t work then I don’t know how I can agree to pay you – that’s the philosophy…,” he said.

“So, the (new) Prime Minister, he will have to deal with the consequences of that. I am not going to impute any other motive on his part,” Dr. Mitchell told reporters.

The new Opposition leader also avowed to “stand up against any attempt at marginalisation against anyone in this beautiful country of ours.”

Noting that the new NDC government has acknowledged inheriting a “stable fiscal situation,” Dr. Mitchell, who boasted of his former government’s management of the country’s economy said, he will “push back against any reckless spending that will undermine the very economic fabric of our society.”

“It is only fair to give the new administration a chance to settle down because they are very green (young and inexperienced) and to get accustomed to the tempo of governance.”

However, the island’s newly sworn in Opposition team said that his elected members in the Lower House “will remain eternally vigilant right of the block against any speedy attempts to undermine the Grenadian economic lingo.”

THE NEW TODAY understands that Dr. Mitchell is facing opposition within the NNP on his desire to stay in charge of the party until the holding of a convention.

Details are not immediately available on whether the defeated Prime Minister offered his resignation after the defeat at the polls.