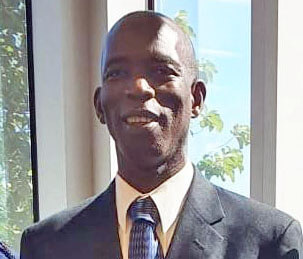 Grenada’s Opposition Leader, Tobias Clement wants to see a unifying of opposition parties in the country going into the next General Elections.

Clement, who was speaking on the premiere edition of the programme, ‘The Narrative’ hosted by journalist Calistra Farrier, said he believes he can play a role in driving this unity movement.

The opposition leader resigned from the ruling New National Party (NNP) nearly two years ago and crossed the floor becoming the lone man on the other side of the aisle.

Now he says the only way the party he once called home would be defeated is through a joining of forces.

Political pundits have offered the view that the emergence of any new political organisation could tip the scale further in the NNP’s favour, splitting the votes which can likely go to the main opposition National Democratic Congress (NDC) which has been locked out of the House of Representatives over two election cycles.

A newly formed political organisation The Grenada Movement (TGM), has been testing the ground and intends to contest the next elections whenever it is called.

Clement said he has no intention of forming his own party.

“Some people were advising me to go down the road of another political organisation but that would be like a death wish in terms of our politics,” Clement said.

The Opposition Leader said unity is necessary for change and that it is “the only sensible thing now”.

“But I do believe if we want change to come to this country and change must come, I believe I would have a lead role in bringing the opposition forces together.

“By myself, by themselves, it cannot be done. We, under some form of unity must come. For our children’s sake, for our country’s sake, we would have to find common ground and work together to bring the change that is necessary today in this dear country of ours.”

The polls are due by 2023 but political watchers are anticipating that Prime Minister Dr. Keith Mitchell will seek to win a fresh mandate for his NNP long before the constitutionally due date.

Agents of both the NDC and the TGM have indicated that they are willing to talk but what those talks and the results will look like is anyone’s guess.