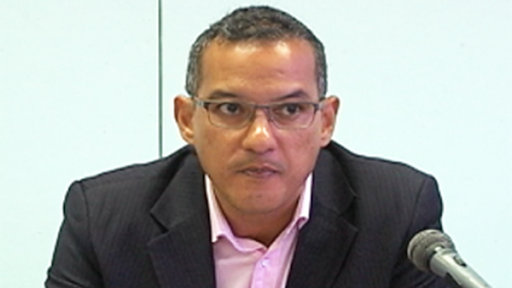 The Minister said that “Every person shall remain confined to their place of residence (inclusive of their yard space), to avoid contact outside of their household, except as provided in the Regulations or as may be authorised in writing by the Commissioner of Police.”

These measures extend the provision of the Regulations and include:

The announcement came one day after the number of confirmed COVID-19 cases in Grenada climbed to nine and the additional stringent measures are aimed at containing the community spread of COVID-19.

According to Minister Steele, the increased measures became necessary as many persons continue to ignore Government’s guidelines.

Since the introduction of the emergency regulations, three bus drivers were charged with violating the COVID-19 regulations.

The recent spate of extreme measures is intended to ease the pressures on the health care system in Grenada, which is severely underfunded and unable to cope with increasing numbers of COVID-19 cases.

The last time Grenadians were subjected to confinement at home was in October 1983 when Marxist Prime Minister Maurice Bishop was executed in a palace coup following a bitter leadership battle within the ruling New Jewel movement (NJM) for control of the Grenada Revolution.

Commander of the People’s Revolutionary Army (PRA) General Hudson Austin announced a shoot on site curfew and ordered Grenadians to stay inside for several days.

Six days later the revolutionary leaders were ousted from power when U.S and Caribbean troops stormed Grenada to help restore law and order.

In an earlier press briefing, Minister Steele had said that a 17-bed isolation unit was now ready and the country had 8 ventilators, but were in the process of acquiring additional ventilators.

The Government has yet to confirm whether the testing machine has arrived, after announcing weeks ago that it was to arrive imminently.