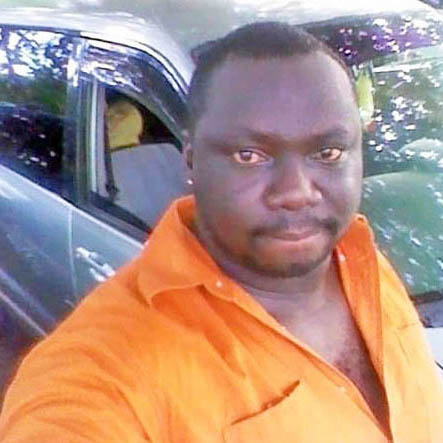 Esau ‘Jello” Phillip – died a few hours after the accident

A freak accident at a hotel site in the south of the island has claimed the life of a 40-year old Bobcat operator.

Dead is Esau Phillip, an employee of Marshall Brothers who lived at BelleVue in St. George but is originally from La Fortune in St. Patrick.

Phillip was using the Dumper on the Kimpton Kawana Bay Resort which is under construction on the site that was previously used by the Flamboyant hotel at Morne Rouge, St. George.

THE NEW TODAY understands that he was driving the dumper up a hill when the vehicle rolled backwards and overturned on him.

Phillip was reportedly trapped under the Dumper.

He was rushed to the St. George’s General Hospital in a critical condition but died later in the evening.

A well-placed source who visited Phillip at the hospital said that he seemed to have regained consciousness and was engaged in a conversation with persons who came to see him.

However, he said that the Bobcat Operator seemed to have developed internal complications from the injuries suffered in the accident and passed away hours after being admitted as a patient at the hospital.

According to a company official, he was not in the immediate vicinity of the Dumper when the accident happened and could not shed any light on what precisely took place.

The accident is devastating to the owners of Marshall Brothers since it was the first loss of an employee by the company on a work site.

Phillip reportedly started working with the company about five years ago.

The Kimpton Kawana Bay resort is being constructed from funds raised through the sale of Grenadian passports under its Citizenship By Investment (CBI) programme.

It will be run by Kimpton® Hotels & Restaurants, part of the Intercontinental Hotels Group®, considered as one of the world’s leading boutique hotel operators.

Accommodation comprises luxury studios and suites, which are being sold from US$220,000.00 and up.

Grenada has confirmed its first case of the COVID-19 virus