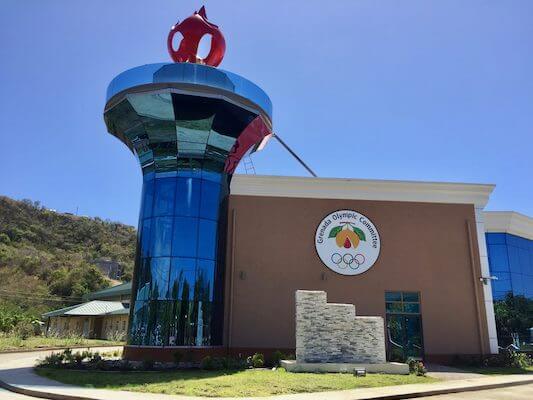 The Grenada Olympic Association (GOA) has been plunged into a crisis with the sudden resignation of three top board members amidst reports that close to EC$500, 000.00 is unaccounted for within the sporting organisation.

The alleged discrepancy in the funds was discovered by the Finance Committee of the association headed by Ralph Lord who represents volleyball within the organisation.

THE NEW TODAY understands that the trio who submitted their resignations from the body this week are – attorney-at-law, Anya Menezes Chow-Chung who is the Chief Executive Officer of Geo F. Huggins & Co, as well as Peron Johnson and medical doctor, Jean Noel.

When contacted this morning, Johnson who is the President of the Grenada Swimming Association confirmed her resignation but said that she did not want to comment and was just about to attend a GOA Council meeting at which the financial issue is expected to take centre stage in the discussions.

Johnson will only say that she decided to resign on “principle” but declined to elaborate.

A source familiar with the internal happenings at the local Olympic body said it would be “a very interesting” meeting as efforts were being made to keep out Treasurer Kingsley Ashby from the session taking place at the brand new head office of the GOA at Morne Rouge, St. George.

“Based on our findings we have asked the Treasurer to recuse himself from today’s Council meeting,” he told THE NEW TODAY.

However, Ashby was seen at the meeting and the consensus among those in attendance was that the Finance Committee be allowed to do its work unhindered and given full access to all information as requested.

According to a source, the issue at stake dates back to 2013 when an affiliate of the International Olympic Committee (IOC) donated thousands of dollars to the local GOC and has made repeated requests for them to give an account on how the monies were spent.

He said the request was ignored for the past seven years and some of the newer Board members picked up on it in recent weeks and felt that the longstanding members of the governing board had a responsibility to bring this information to them in an open and transparent manner.

According to the source, the investigation into the financial affairs of GOC is at an early stage with more financial transactions still to be delved into within the next few weeks.

“Thus far just half-a-million (was discovered) with just a portion of the finances being audited and a very small portion I might add from one donor. Please understand that we have many donors – more than one donor with big amounts,” he said.

PKF is the accounting firm which handles the auditing of the financial statements of GOC while the Barbados division of Price Waterhouse & Coopers is responsible for the Audit of the parent body, the IOC which makes huge amounts of funds available to the local body to run its affairs.

Asked how PKF did not pick up the money issue within the local body, the source said: “They can’t pick that up. If I audit you and you have to give me information you only give me what you want me to know”.

THE NEW TODAY was told that there was a strong possibility that two additional Board members might be quitting the GOC Management body in the wake of the alleged discovery of huge sums of unaccounted money.

When contacted veteran sporting administrator Royston LaHee who has been serving GOC for the past 38 years as the longest ever serving President, said that a public statement will be issued on the matter within the next day or two.