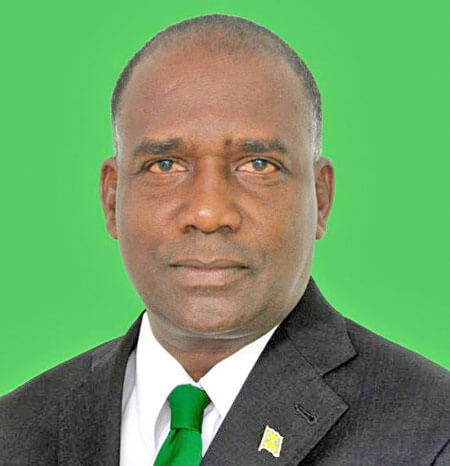 Newly designated Foreign Affairs Minister Oliver Joseph has told public officers in Grenada that retrenchment is on the cards as the cash-strapped Keith Mitchell-led New National Party (NNP) administration might not be able to meet its financial obligations to them in the New Year.

An authoritative source told THE NEW TODAY that the minister conveyed the grim news at a meeting held last week Tuesday at CAIPO Building on Lucas Street between a Government delegation and members of the Public Workers Union (PWU) and the Technical & Allied Workers Union (TAWU) and other bodies representing various public sector employees.

According to the source, Minster Joseph asked the union representatives to forego the 4% increase in salaries to take effect in January in order to save their jobs because government cannot pay them as agreed upon.

““We met Face-to-Face at the CAIPO Building last week Tuesday. He (Minister Joseph) said to us that he wanted us to forego the 4% and he wants us to come up with ideas of what we think they should do in order to raise revenue and to help to boost the economy because of the effect that is happening in all economies around the world including Grenada because of Covid-19.

“He said to us that it was either forego the 4% or send home workers because they have to look at how they could get revenue because government cannot pay, government is now in a crisis because of the fact that they have to support the other institutions within the country such as the tourist industry etc., etc.

“They are asking us to forego our 4% – that is exactly how the minister put it. He is asking us to forego the 4% because the government is unable to pay – they are not making the revenue collection they projected when they offered and signed onto the 4%.

In recent weeks, the ruling New National Party (NNP) administration of Prime Minister Mitchell has been reporting a significant drop in revenue collection from the Customs Department and the Inland Revenue Department in the Ministry of Finance.

The union representative told THE NEW TODAY that the senior government minister indicated that government has to pump monies into other institutions on the island and cannot find additional funds to pay to civil servants and “to give the work force an increase in salary come 2021”.

He dropped hints that this issue can become very thorny between government and the unions given the state of play in the public service.

He spoke of the unions receiving reports on a daily basis about the Mitchell-led government hiring a number of non-established workers to do the job of civil servants.

The union representative accused the NNP regime of trying to create what he called “a parallel public service” and “to have a public service of scab labour just in case the unions decide no we’re not foregoing our 4% and we are going to fight it”.

“That is what it is telling us – a scab labour of persons who are not controlled by the Public Service Commission, who can carry out the will of the politicians whether illegal or not so when the politicians ask them to do something illegal they have to carry it out – they cannot question it because they are not under the public service,” he said.

The official accused the Mitchell-led government of engaging in union bursting tactics and trying to get rid of the PSC and the constitutionally guaranteed rights of public officers by its attitude to public officers.

“We must consult with our membership before we do anything because the collective will of the members must be heard,” he added.

The union representative indicated that the plan is for the group to approach the issue as a united team and “to join together to deliberate on this and to determine how we go forward”.

Grenada has an estimated 5500 public sector workers who are working on contracts offered by PSC and hundreds of others who are paid by the controversial Vote 340 which is included in most government ministries and heavily influenced by the Political Directorate.