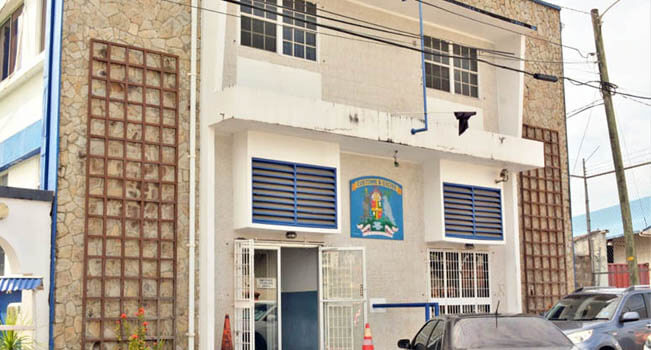 Charges of engaging in the practice of Obeah and Witchcraft are being levelled against some members of the Customs Department within the Ministry of Finance.

THE NEW TODAY was told by reliable sources that some Customs officers are allegedly engaged in obeah on the job and it is believed that the hands of some of them are “very dirty” for several reasons including the protection of their jobs and the desire to remain in their Departmental posting for financial gains.

One source who spoke on condition that he was not identified said that some officers are regarded as “treacherous” and cannot be trusted by their own colleagues.

He cited an incident in which a member of the High Command in Customs discovered something very suspicious in his office that was a combination of “a mixture thing involving an egg”.

“There are some who do that (engage in Obeah) – God knows why they are going and put their hands in Obeah.”

The source also made mention of an incident on the St George’s main port when another member of the High Command at Customs spoke out openly against some persons whom he accused of engaging in witchcraft.

He quoted the senior member of the Customs Department as saying, “it has some of you all here, all you dipping your hands in wrong things, I don’t know why all you doing that” in order to avoid being transferred from their current job placement.

According to the source, the senior officer did not mince words when he chided some of his colleagues for turning to Obeah and Witchcraft in order “not to get transferred, just to get things” and urged them to put “a stop” to these acts.

“I don’t know who tell him what or what he knew but he came and say it in the open – he throw talk to whoever was in the room who might have been guilty of it,” he remarked.

The source also made mention of one other member of the High Command who engage in constant prayers to protect himself against so-called evil forces at work in the Customs Department.

He said that this particular high-ranking officer in Customs often speaks openly about his religious beliefs and commitment to Christianity in the face of those who engage in Obeah and Witchcraft at the workplace.

“He is a staunch Catholic and he does always talk about how God protects him from people who will want to do him harm because I think they tried to do him Obeah more than once. So he does spend a lot of time praying – they are gunning at him.”

The source pointed out that he “doesn’t know if it is somebody in Customs or if it is (outside) of the Department)” who is trying to get at certain targeted persons in the hierarchy of the organization.

The Customs Department brings in more than half of the annual revenue for the State annually and many officers have often faced accusations of using their positions to personally enrich themselves through acts of wrongdoing with businessmen.