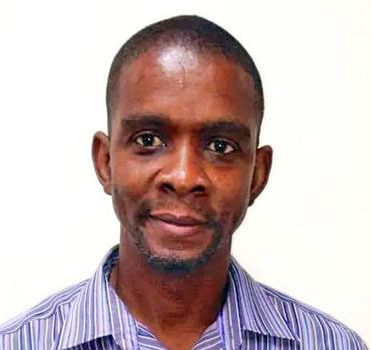 Nurses and teachers are among the poorest working people in Grenada, according to the most recent World Bank Group Living conditions in Grenada: Poverty and Equity updates, which was last conducted in 2018-2019, in collaboration with the Central Statistical Office in St. George’s, and released in 2021.

The survey, which is conducted every 10 years, shows that “20.8 %” of the working class on the island are in poverty, which is “higher for individuals working in human health and social work activities” while, the poverty rate among the unemployed stood at “38%.”

This issue was brought to the fore by David Andrew, the St. Andrew South-east constituency candidate for the main opposition National Democratic Congress (NDC), during a recent community meeting in Mamma Cannes, St. Andrew.

Andrew read from the report, which states that “around 23.3% of households reported that they ate less than they should in the past 12 months” and that this proportion “rose to 49% for poor households.”

“Now these are statistics from the World Bank Group, I did not make them up, and if you think that the last 10 years brought us prosperity this report disagrees – poverty is increasing, inequality is increasing, and the difference between rich and poor the gap is widening. That doesn’t sound like safe hands to me. These are hands I am worried about,” declared Andrew as he painted a picture of the stark reality for the affected workers.

The ruling New National Party (NNP) government of Prime Minister Keith Mitchell, which has been in power since 2013, prides itself as a government that “has ensured that all the programmes that are in place can benefit the poor and the working class” in the country.

This was one of the points highlighted by the NNP candidate for the St. David, Foreign Minister Oliver Joseph, who spoke of the constituency having the most participants under government youth-based programmes like the “Imani, FLY, and Empower” to name a few.

Minister Joseph made this disclosure as he addressed supporters at the La Sagesse Playing Field during his recent candidate launch, days before being nominated to contest the highly anticipated June 23 poll.

The policies of the NNP have also received strong support from former trade unionist Chester Humphrey, who has in the past championed the cause for various categories of workers in the Grenada Parliament, where he last served as President of the Senate in the Upper House.

“The reason I am here is simply that because of all the political parties in Grenada, the party that represents the working people most, the poor of this country is the New National Party under the leadership of Dr. Mitchell…I am here because this political party under his leadership represents the interest of the working people,” Humphrey told NNP supporters during Sunday’s rally.

Nurses and teachers have been among the most vocal disenfranchised workers calling for regularisation to enhance their standard of living, and ensure their security.

The President of the Public Workers Union (PWU), Brian Grimes, which is the bargaining agent for healthcare workers, has long expressed the view that the current regime has been engaged in finding “innovative ways to disenfranchise our people” and identified the employment of public officers on service contracts as one of the major issues in the public service.

“It is very clear to see that this is disadvantageous to the worker and in fact, illegal,” Grimes told THE NEW TODAY last Wednesday, adding that he is “very disheartened by some of the policies of the current administration, and the way they have treated with the unions by not listening and being tone-deaf to the cries of the union and the workers and I hope in the next dispensation, whoever is in government that that culture will change.”

With the elections just around the corner, Grimes used the opportunity to advise his membership to “assess what has been happening in the last few years, the way they have been treated, the work the union has to do just to extract justice from the system, assess both parties in terms of what is being said, what is being done, and then make a very educated and informed decision.