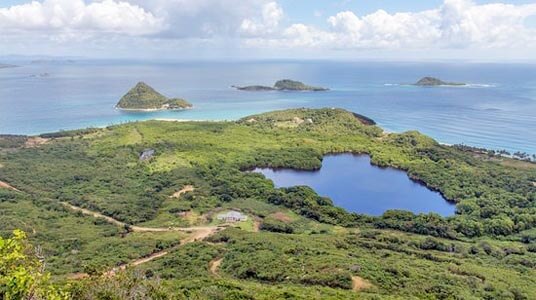 The State-owned National Telecommunications Regulatory Commission (NTRC) is dispatching a team into the Piton area in St Patrick East today to investigate all transmitting towers in that part of the island.

A spokesman for the national body said the decision was taken following a report carried in THE NEW TODAY about the setting up of a controversial tower at Piton within the past five years with assistance from the Royal Grenada Police Force (RGPF).

He said that NTRC is the body in law that grants permission for the importation of towers and its record shows that no permission was given to anyone to bring in a tower that had the Police Force listed as “the consignee.”

He stated that the commission is aware of the presence of a few towers including one by telecoms provider Digicel at Piton but nothing in the name of RGPF or a senior police officer whose name is being mentioned with the setting up of the tower.

Investigations carried out by THE NEW TODAY indicate that a Grenlec vehicle took the tower from the south of the island at a police compound to a location near to Piton and then a private company owned by a family in the St George area used other equipment including a crane to help install the tower.

The name of a controversial Superintendent of Police is being called as the one behind the setting up of the mystery Transmission Tower at Piton.

According to the NTRC official, he immediately took action on the issue following the article that was published Saturday by THE NEW TODAY under the headline banner, “The controversial “Police Tower” at Piton.

He said that as soon as he had read the article, he immediately sent a letter to the Co-ordinator and the Engineer at the commission requesting them to investigate the matter and submit “a report by close of business on Monday.”

The official gave an undertaking to release the NTRC findings on the mystery tower sometime early on Tuesday.

He recalled that when THE NEW TODAY approached him Thursday on the tower issue, he took action by sending a direct message to the NTRC Engineer “to provide me with a list of all the towers and their locations and so on.”

“He sent it to me and I went through it and there is no listing of a tower in any police name in Piton – they don’t have that recorded, there is no official record.”

“…It is quite possible that there is some kind of an underhand thing that goes on there. I will not be surprised if there is some kind of agreement to let him (name of police officer) put down the tower – whoever it is – without going through the proper channels – this is why I asked for that report including a physical visit to the site.”

The official did not rule out the possibility of some persons at NTRC having full knowledge of the existence of the so-called “Police Tower” at Piton but did not document or record it given the fact that the commission had a number of operatives of the former New National Party (NNP) administration holding very key and sensitive positions.

“It is quite possible that employees, officers of the NTRC know what’s going on – it’s really crazy,” he said.

The senior NTRC official singled out for mention two names including a former top public officer who is known to be aligned to the last regime of ousted Prime Minister Dr. Keith Mitchell.

Police Commissioner Edvin Martin has acknowledged receiving reports prior to the published article on the controversy and said he had requested a full investigation to be undertaken into the Tower issue.

Under NTRC law, no transmission tower should have been imported into Grenada after 2000 due to a proliferation of them on the island and concerns about the leak of radiation into the atmosphere.

Piton is located at the back of the village of Madeys, bordering Levera on one side and Rose Hill on the other side in St. Patrick East and is in very close proximity to the tourist attraction site known as The Welcome Stones.