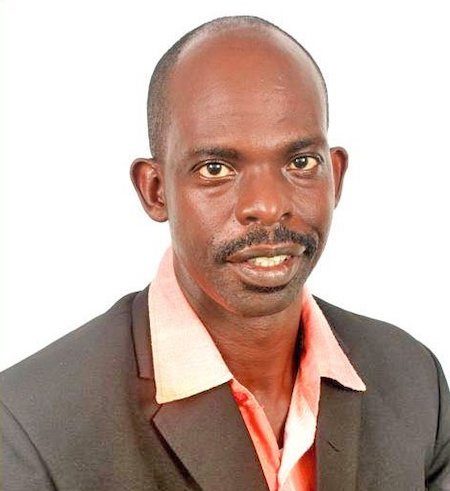 A long list of problems facing teachers are still to be resolved between the Grenada Union of Teachers (GUT) and the Ministry of Education.

Speaking with THE NEW TODAY Monday night, the President of the Union, Marvin Andall said that a planned meeting earlier in the day was cut short by Education Minister Emmalin Pierre on the grounds that she had to deal with an emergency.

GUT had requested the meeting following numerous complaints from teachers that they were called back to the empty classrooms from last week Monday to face a number of questionable demands from officials in the ministry.

Some of these called upon the teachers to dress formally as if they were teaching the children in the classroom setting, as well as problems with accessing the M-STAR platform to communicate with parents and teachers and getting the report cards of students to their parents and guardians.

According to Andall, during the limited meeting, Minister Pierre indicated that the school principals had a certain amount of flexibility in implementing these directives handed down by the ministry.

He said the GUT informed the female government minister that what was communicated “to us didn’t suggest any degree of flexibility – it was suggested rigidly”.

The GUT President pointed out that as a headmaster himself he was protesting against the directive given that teachers “should dress in formal wear even when school is not in session”.

“What they propose to do is unacceptable. You can’t go to school dressed up to interface with chairs and tables for whole day,” he said.

Andall stated that the minister insisted that there was some mis-communication in the directives given and that she and her team in the ministry will discuss the issue and “get back to us in about a day or two.”

The GUT boss said that Minister Pierre conceded that there are many challenges inside the ministry that she inherited and had to deal with including the issue of teachers not being permanent workers in the public service.

He indicated that one of the issues touched in the brief meeting was the aged old problem of a dysfunctional Personnel Management Department within the ministry and Minister Pierre gave assurances that a new person has been appointed to take over the job.

He spoke of teachers complaining over the years that they will send simple documents to that department in the ministry for filing and a day or two later will call back about the documents and they cannot be found in the ministry.

According to Andall these problems are nothing new and was existing ever since he joined the service some 30 years ago.

“She agreed … and couldn’t defend that. I honestly believe that she will continue to have problems once they continue to put square plugs in round holes. That has always been the problem – you have horses for courses but I don’t believe they are choosing the right horses for the courses in my view,” he said.

Andall acknowledged that his own school was having problems in connecting to the M-STAR system that should provide the platform for communicating with parents and students.

“We have some problems connecting to it from the Digicel service that is being provided in the schools. I am not an IT person,” he remarked.

IT officials have told THE NEW TODAY that the problem could be related to the fact that the system or servers installed in the ministry are not equipped with the capacity and bandwidth that are required for good quality production with the M-STAR platform.

According to Andall there a number of teachers in the school system who are versed in the setting up and operations of IT systems for use in schools and have been engaged in “a blended system” using online technology long before the ministry introduced the M-STAR.

He pointed to Mt Rose SDA where a teacher had set up a system in which the school had its own online platform and providing instructions online to students long before the new M-STAR was being talked about.

“…We have people within the teaching service who know about it (IT systems),” he said.

THE NEW TODAY understands that millions of dollars were spent by the Indian government about 10 years ago to assist the Ministry of Education in Grenada to set up a proper IT system with servers which has seemingly gone to waste.