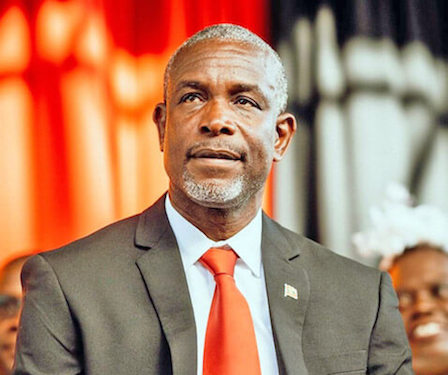 Newly appointed Foreign Minister Joseph Andall has given Grenadians the assurances that the three-week old Dickon Mitchell administration in the Botanical Gardens will not scrap the Office of Diaspora Affairs.

A reporter had questioned him on the future of the Diaspora Desk in light of the fact that Ambassador Derick James was no longer on the job.

“We view the Diaspora Office as a very, very important link between Grenada and its sons and daughters who live abroad and we have every intention of continuing and improving the work that has been done by that office,” said Minister Andall.

THE NEW TODAY understands that Ambassador James who was appointed to serve the Diaspora Desk under the previous NNP administration received a letter last week Friday which indicated that he was no longer in the employ of the new rulers.

According to Foreign Minister Andall, it is customary that in any change of administration that there will be a review of diplomatic personnel.

“We have a situation in Grenada where virtually all of our diplomatic representatives are non-career civil servants.

We have a task on our hand to build a cadre of people from within the Ministry of Foreign Affairs to re-establish Grenada in alignment with international norms and practices regarding the appointment of Ambassadors and other diplomatic personnel.

We are committed to upgrading the Ministry of Foreign Affairs … to giving opportunities for young Grenadians and the not-so-young Grenadians to upgrade themselves professionally to follow their passion and to give service to their country.”

Under the Keith Mitchell-led administration, most of Grenada’s accredited ambassadors were Chinese nationals with close ties to the passport-selling scheme known as Citizenship By Investment (CBI) programme.

Minister Andall announced that the new rulers in St George will be guided by the recommendations made by Barbadian jurist, Sir Richard Cheltenham at the end of a Commission of Inquiry into the infamous Briefcase Scandal involving Prime Minister Mitchell on allegations that he accepted bribe payment of US$500, 000.00 in St Moritz, Switzerland from a convicted fraudster, Eric Resteiner in exchange for a diplomatic posting.

“We are also going to be guided by the Cheltenham Report which recommended that certain practices be done away with regarding the appointment of Ambassadors, Trade Counsellors, Consul Generals and so on,” he said.

The U.S government had acknowledged that it had been exposed to a videotape from Resteiner’s lawyer seeking to work out a deal on the fraud charges, in which Dr. Mitchell was seen on camera attempting to stuff money into his pocket.

After the change of government in St George’s in 2008, the Congress administration of Tillman Thomas sent Director of Public Prosecutions (DPP), Christopher Nelson and then Attorney General, Jimmy Bristol to the United States to view the videotape involving Dr. Mitchell.

In his report, Sir Richard suggested that Grenada should adopt a policy of appointing only nationals to diplomatic positions.

The recommendation was scoffed at by then Foreign Minister the late Elvin Nimrod who said that the Barbadian jurist could not tell an independent government who to hire in the diplomatic community.

According to Minister Andall, the new NDC government has inherited a situation in Foreign affairs in which “so many alleged diplomats and trade counsellors, Honorary Consuls” hold positions in what he referred to as a “very murky situation.”

He said that one of the first steps taken by the Dickon Mitchell-led government was “to recall all of our diplomatic personnel”.

Minister Andall also expressed concern over the fact that some of the politically-appointed persons on the diplomatic front from the defeated Keith Mitchell era are showing signs of being reluctant to step down from office.

He said: “On a question of principle if someone comes in as a political appointee by a particular administration, common sense and common decency should indicate that at the expiration of the term of the administration that appointed you, you should give the new administration an opportunity to start afresh.”