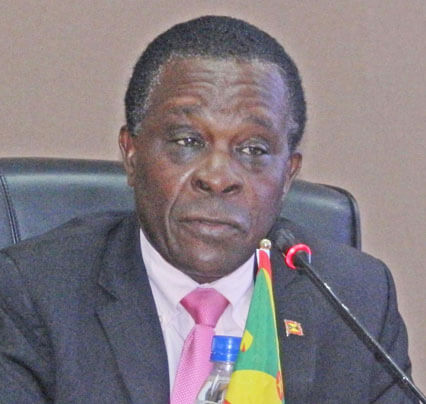 Prime Minister Dr. Keith Mitchell had announced that his ruling New National Party (NNP) government is no longer in a position financially to extend the payroll support programme for another three months to workers who were displaced due to the coronavirus pandemic.

Speaking to Grenadians in the Diaspora last Thursday night, the Prime Minister made the disclosure in response to a question from a local hotel worker who appealed to his administration to speed up on the processing of the payments to workers.

According to the worker, August marked 6 months since she and many other hotel workers have been forced to remain at home and without a regular salary due to the closure of several properties since March due to the virus.

She pointed out that with school due to re-open in a matter of days most parents who have been displaced are concerned with the slow pace at which the government funds are reaching them.

Several hotel owners have said that the government payment to the workers is sometimes two months behind schedule.

Prime Minister Mitchell has said that due to acts of fraud by some hotel owners, the government was forced to verify the figures supplied by them and this considerably delayed the processing of the payments for the workers.

In addressing the Diaspora in a virtually held meeting from St. George’s, the Grenadian leader admitted that his government is cash-strapped to extend the payroll support programme to workers until the end of September.

“We did say initially that we will give a 3-month support and we did say that we are looking at the possibility of an additional 3 months but the financial situation is such that it is literally impossible for us to provide a new 3 months,” he said.

The initial programme was to run for 3 months covering the period April to end of June with government committing to pay 40% of the workers base salary and the business owner the next 60%.

Several workers complained that they were only given the government’s portion of the payroll support programme.

According to Prime Minister Mitchell, the programme, the workers will get payment for July and not the other two months due to the financial situation facing the government.

“It is very serious – If we are going to continue as we are going today on expenditure in the last Quarter of the year we won’t have money to pay salaries,” he told Diaspora Grenadians.

“…The problem is severe so it (payroll support programme) will end at the end of July,” said PM Mitchell who is also the island’s Minister of Finance.

The Prime Minister stated that at the time of Covid-19, the government had “surpluses galore in the relative sense over the last 6 years” And it was because of this surplus “we were able to do what we are doing…”

The current situation, he said, is that government’s revenue collection is down by 50% of what it had projected to collect in the fiscal year.

He said that this is having a tremendous impact on government’s ability “to do a number of things”.

“…We have our debt obligations to continue to pay and our responsibility regionally and internationally to meet,” he said.

“If the situation improves and the hotel industry continues not to be back on stream then we will consider the other two months.

Prime Minister Mitchell went on: “…Right now it will be difficult or virtually impossible for us to do so.”

According to Dr. Mitchell, his NNP regime recognises that a lot of the ordinary people in the country “are going through enormous pressure” due to the advent of Covid-19.

However, he said the government has taken a deliberate decision not to cut a number of the ongoing social programmes targeting the poor and vulnerable in the society.

Dr. Mitchell indicated that the plan is to provide debushing employment on the road for persons over the next 5 months until year-end to provide them with a source of income.