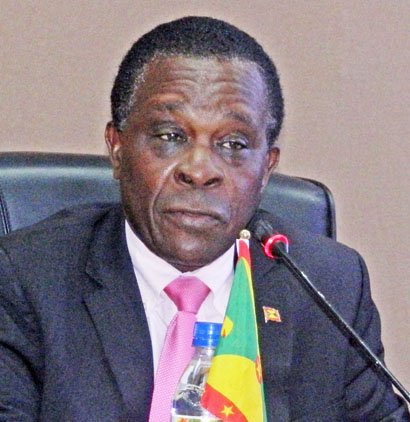 Grenada has apparently not received any commitment of grant funds to fight COVID-19 from international donors such as the Washington-based International Monetary Fund (IMF) and World Bank.

This was disclosed at a sitting of the Finance Committee of the House of Representative by Minister of Public Utilities, Gregory Bowen who is the Leader of Government Business in the Lower House.

Minister Bowen who was responding to a question asked by former Finance Minister and Member of Parliament for St. Patrick West, Anthony Boatswain said that at this point “there was no grant funding available to date”.

According to the Minutes released by government, Boatswain questioned whether Government was receiving grant financing to buffer the COVID-19 crisis and whether grant funding would be exempt from the Fiscal rules due to the crisis.

The document obtained by THE NEW TODAY said in part: “Discussions were held and the Chairman (Prime Minister Dr. Keith Mitchell) indicated that the majority of financing would be available from various institutions as soft loans.

“The Chairman specified that entities such as the Eastern Caribbean Central Bank (ECCB) and the Caribbean Development Bank (CDB) would be meeting with Grenada financial representatives to consider soft loans with interest rates as low as one percent (1%) with a one year grace period.

“He also indicated that meetings would be held with the IMF and the World Bank in the near future to consider more funding arrangements and plans.

“The Chairman mentioned the $10 million for additional COVID-19 related expenditure and asked members to note that a lot of the support that would be received from outside would be related to the health initiative that was being undertaken.

“The Chairman indicated that most of the finances would be from funding coming from outside and not necessarily from savings from the Government coffers.

Speaking in Parliament a few days later, Prime Minister Mitchell told legislators that government was in line to receive about $20 million from the IMF and an additional $17 million from the World Bank and more assistance will come from organisations of the United Nations and the European Union.

During the meeting of the Finance Committee, ex-government minister Boatswain asked Prime Minister Mitchell Chairman of the Committee for a breakdown of the source for $50 million to help with the stimulus package to battle the coronavirus.

The Minutes of the meeting said: “The Chairman (PM Mitchell) advised that he could not give a breakdown yet and indicated that he had to attend a meeting with the Managing Director of the IMF at 4:00 later that day.

“He mentioned that the IMF would specifically detail the amount that would be given to individual countries and would indicate some debt relief.

“He advised further that he would attend the World Bank meeting on Friday, 17th April, 2020 from 7:00 a.m. to 8:30 with the President of the World Bank who would outline the World Bank’s initiative to help countries at that time.

“The Chairman stated that within a week or two, the source of the resources would be divulged. He stated further that the resources to be received could be more than the $50 million in the Estimates.

“He mentioned the problem identified, in that no one knew how long the situation with COVID-19 would last. He noted that there would be a number of things to be dealt with in addition to the direct support being discussed, which would involve serious expenditure.

“The Chairman informed the meeting that the Cabinet and Parliament would have to be advised about the resources received.

“He stated that the resources would cover the present expenditure that was being brought to Parliament for passage.

“He mentioned that the figure was only a three month projection, but noted that the (Finance) Committee may have to meet again.

There was also discussion at the level of the Finance Committee of Parliament on whether government had engaged local commercial banks on lending monies to other businesses in need of support.

Said the document: “She (Minister Curwen-Modeste) inquired also whether there were any agreements in terms of moratorium, or whether it was still pending.

“The Chairman (PM Mitchell) asked Ms. Shari Joseph from the Ministry of Finance to respond to the question, but mentioned that the Banks had generally agreed on a moratorium for three to six months.

“He stated that the Credit Unions were signaling that they would also go along with it, but noted that a formal acceptance was necessary.

“The Chairman advised that the COVID team, headed by Ms. Isha McDonald, may have had some more specifics on that issue.

“Ms. Joseph advised that she did not have any more information on the issue.

The Finance Committee meeting also heard from Minister of Agriculture, Yolande Bain-Horsford who “inquired as to the process for Ministries that needed additional funding for earmarked projects, noting the Farm Labour Programme, Price Support for GCNA and more support for SAEP”.

“The Chairman said if the need arose for support, a position would have to be taken. He stated that the $20 million, which made provisions for ‘Other Expenditure Overruns’would cover such matters.

“Minister Bain-Horsford inquired where statistics should be presented and mentioned the need for price support for GCNA, especially as it related to nutmeg farmers.

“She spoke on the reduction of the price from $5 to $3 per pound and said there may be need for an incentive to bring the price back up to $5.

“The Chairman advised the Minister that the discussion could be held at the Cabinet level. He stated that the COVID-19 team held several discussions with various Sectors and said recommendations would have to be made, which the Cabinet had not yet received.

The Keith Mitchell-led government gave the Finance Committee of Parliament a breakdown of the amount of funds that will be budgeted to seek approval from Parliament:

Assistance to other severely impacted groups

Amount needed for the procurement of any items related to the fight against COVID-19 (Medication, Protective Clothing, etc.)

The Recurrent Expenditure Estimates for 2020 were considered and approved in the total amount of fifty million dollars ($50,000,000).

The Chairman commented on the impact of the closing of the St. George’s University on the Grenada economy, which would affect many businesses and sectors.

The Chairman noted that the committee was dealing with a situation that it had never been confronted with before. He indicated that some figures may have to be adjusted and a Report laid in Parliament.

Honourable (Tobias) Clement (the newly elected Opposition Leader) commented that funding for matters of social issues such as mental and psychological services and effects would have to be given consideration.

The Chairman indicated that the point raised by Honourable Tobias Clement was important and would be given priority and that funds would be allocated to address those issues in the future.

The Chairman spoke on the need to make an investment for the road workers, which would require more than the figures indicated in the budget.

Honourable Modeste and Honourable (Delma) Thomas made comments in support of Honourable Clement’s comment, indicating that measures were being put in place to address the social, mental and psychological problems affecting individuals during the COVID-19 crisis.

The Chairman reiterated the need to exercise safe practices and the importance of adhering to social distancing protocols.

He thanked religious institutions for their compliance to the protocols and rules instituted during the COVID-19 crisis.