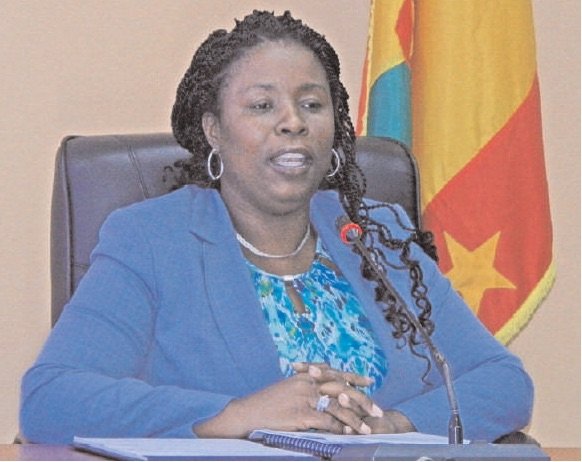 Delma Thomas - in charge of the Ministry of Social Development

The Ministry of Social Development, headed by Delma Thomas has not been able to provide specific numbers of how many persons on the government welfare programme have been able to exit as a result of improvement in their means.

Responding to a question on the issue, the female government minister said that beneficiaries under the various programmes cannot be removed upon request, even if their financial situation changes but that some beneficiaries have requested to be taken of the list.

The Support for Education, Empowerment and Development Programme, known as SEED, functions under criteria set by the Washington-based World Bank.

Eligibility is determined based on monthly income of less than two hundred dollars, ownership of any income generating establishments, or whether applicants have access to necessities such as electricity and running water.

The current data from the Ministry of Social Development shows that just over 5000 children and about 3000 elderly persons are receiving this monthly financial support.

Speaking to reporters at a post-Cabinet press briefing, Minister Thomas said the Grenada economy continues to grow and people have been finding jobs but offered  no figures to support this claim and could not say how many of the 8, 494 persons no longer need welfare support.

“People are exiting the programme. People are finding jobs and coming to us to ask to be removed from the list because they have a job,” she remarked.

However, the minister pointed out that this cannot happen unless the official assessment, under the World Bank criteria, deems them ineligible to remain on the list.

Beneficiaries of the monthly financial support are determined through what is known as a proxy means tests and it is through this assessment that one can also officially exit the welfare programme, which government refers to as a social safety net, Minister Thomas said.

SEED was launched in 2012, replacing the School Transportation Allowance, the Necessitous Fund and the Public Assistance Program.