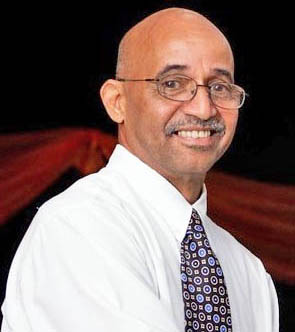 Police have not made any significant breakthrough in finding a suspect to link to the murder of longstanding tourism employee, Colman Redhead who was found lying in a pool of blood at his Ross Point Inn apartment in Belmont last week Friday.

The Community Relations Department (CRD) of the Royal Grenada Police Force (RGPF) was contacted Wednesday on the murder but was not in a position to give any update on the status of its investigation into Redhead’s death.

The Criminal Investigation Department (CID) of the police force is currently in a transition as its head Superintendent of Police, Earl Dunbar was transferred last week to work in the Eastern Division.

RGPF is also without the service of its most experienced forensic expert, Assistant Superintendent of Police (ACP) Trevor Modeste who is currently on sick leave and will proceed on pre-retirement leave from the service.

Police were alerted to the murder after someone, identified as the owner of an ice-cream business on the island, called to pass on information that he had found Redhead, who was his friend, at the apt with blood coming from his knee and face.

According to sources, the man informed the police that Redhead was motionless and appeared to be dead.

There are also, reports that the apt was ramsacked, which suggested that it could have been the work of thieves who had broken into the building.

This newspaper was told that friends of Colman became concerned when he did not show up for work at the Grenada Yacht Club (GYC) as the Consultant Manager at the Spout restaurant.

The former Food and Beverage Manager at the Rex Grenadian Resort is known to suffer from diabetes and did not contact the business place to notify them that he was not coming to work.

Sources told THE NEW TODAY that close friends called his cellphone several times and when it was not answered became concerned that he could have suffered a diabetic coma and decided to visit the apartment.

On arrival at the building, one of his friends called him out and when he did not get an answer decided to enter the apt.

He reportedly told police that he noticed that a back door to the apt was open and decided to enter only to discover Colman was lying in a pool of blood on the ground.

Redhead’s death came one day after he attended the funeral service of his former brother-in-law, Sir Royston Hopkin, the owner of Spice Island Beach Resort who died in neighbouring Trinidad & Tobago from complications after undergoing surgery.

The Grenada Hotel and Tourism Association (GHTA) took to social media joining with family and friends to mourn the death of Redhead, who had a notable passion for hospitality and died after providing more than 30 years of his life servicing the industry.

Redhead once served as the Food and Beverage Manager at the former Grenadian by Rex Resort, now Starfish Grenada.

In his earlier years, “Redman” as he was affectionately called, worked as an employee at Spice Island Beach Resort.

Persons who were fond of Redhead, described him as being very friendly and one who always had a smile on his face.