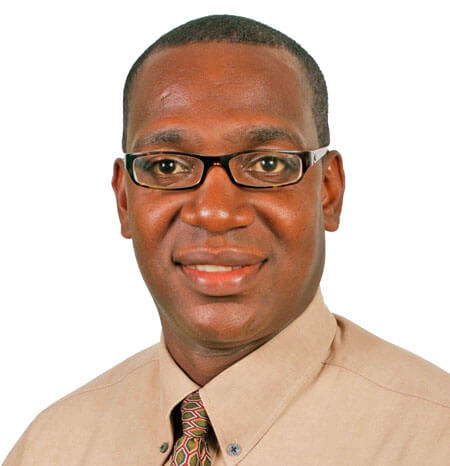 Dr. Francis Martin – no longer serves as Acting Permanent Secretary in the Ministry of Health

Health officials are encouraging persons who feel that they may be experiencing adverse reactions after being inoculated with the AstraZeneca COVID-19 vaccination to report their symptoms to their health care providers.

This, amidst mounting concerns over the development of rare coagulation or blood clotting disorders in some persons who received the Astrazeneca vaccine in several first world countries, leading to the suspension of its use as a precautionary measure, pending the results of ongoing investigations.

Seeking to provide immunity from the deadly coronavirus, Grenada commenced its vaccination programme with the India-made Astrazeneca vaccine in mid-February, with over 9000 persons receiving the first in two doses already.

According to former Permanent Secretary in the Ministry of Health, Dr. Francis Martin, “so far, there has been no record of side effects from anyone who received the AstraZeneca vaccines.”

Dr. Martin, who was responding to questions posed at the weekly Post-Cabinet media briefing in St. George’s, said, while “side effects are very common for many other things (medications)” and there are no measures in place to track the symptoms of persons who took the vaccine, a mechanism is in place, where the “symptoms are documented, recorded and submitted to the competent authorities to manage the outcome, clinically and otherwise in the event of a serious matter associated with vaccine immunisaton.”

“If there are any serious or adverse reactions from taking a vaccine, we have a mechanism called ‘the Savvy mechanism,’ established to deal with and record symptoms or adverse effects from vaccination immunisation,” he said.

“I encourage anyone who thinks that they have issues to report it…speak with your nurse in your geographical area…the nurse would take all the information, document it into the Savvy’s and then we process it from there,” he explained, adding that the existing system is the same for all vaccine immunisation, and not just for COVID-19.

Health Minister Nickolas Steele who also addressed the weekly press briefing echoed Dr. Martin’s sentiments and gave assurance that there will be no attempt to cover up the reporting of adverse side effects or death that is connected with the Astrazeneca vaccine.

“In the same way (that) we are obligated to report every single case of COVID-19, that is the same mechanism, same rules et cetera, that we are obligated to report any adverse side effects or death from COVID-19. There would be no attempt to cover that up, in the same way, there has been no attempt to cover up cases that we have of COVID-19,” the Minister told reporters.

“The committee is carefully assessing the current reports on the Astrazeneca vaccine. As soon as the World Health Organisation (WHO), has gained a full understanding of these events, the findings and any changes to current recommendations will be immediately communicated to regional and international public health partners and international public health partners which includes CARPHA.”

CARPHA also noted that the vaccine being used in the region is not the same version or batch as the one in Europe.

When asked for an explanation last Wednesday, Health Minister Steele pointed out that the “Astrazeneca (vaccine) is produced at three main plants in the world – Europe, India, and South Korea.

He also used the opportunity to reiterate that the Ministry of Health, CARPHA, and the entire Organisation of Eastern Caribbean States (OECS) members are subscribing to the policy of WHO and PAHO.

The European Medicines Agency (EMA) is the entity that will decide on the efficacy of vaccines in Europe.

According to Minister Steele, EMA has indicated that 17 million individuals have been vaccinated with the Astrazeneca vaccine in Europe and a total of 40 individuals have had a form of a blood clot.

“… The European Medicines Agency, as well as the WHO, clearly, are saying that if you were to sample 17 million people not vaccinated, you would actually get a higher frequency of that same blood clotting, so that they see no relation between being vaccinated and those blood clots.

Martinique was the first Caribbean island to temporarily suspend the use of the AstraZeneca Vaccine, in line with a decision announced by France after reports of possible side-effects.