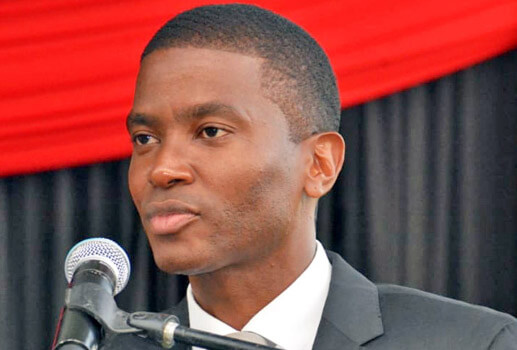 New Prime Minister Dickon Mitchell has made the startling disclosure that the former Keith Mitchell-led New National Party (NNP) government was using most of the funds derived from the controversial Citizenship by Investment (CBI) programme to pay for expenditure items.

In an exclusive interview with THE NEW TODAY, Dickon Mitchell who led his National Democratic Congress (NDC) to a 9-6 victory at the June 23 poll, said that the funds were not being used by the defeated regime to help with the transformation of the island’s economy.

The 44-year old Grenadian leader disclosed that the two-week old government would seek to ensure that the revenue derived from the CBI “are put to the use of the citizens of Grenada.”

He said the National Transformational Fund (NTF) which was set up as part of the CBI initiative should have been used by the defeated Keith Mitchell regime to start the transformation of Grenada and not to handle expenditure items on behalf of the State.

“It seems that all it has been used for is Expenditure and that in my view will be difficult to account for how that is leading to any transformation in Grenada,” he remarked.

Prime Minister Dickon Mitchell was asked to comment on what changes the new rulers in St George’s will seek to bring to the controversial passport-selling scheme.

“At this stage I can’t give you a definitive answer,” he said.

However, Dickon Mitchell acknowledged that the CBI is risky business but it was the third largest stream of revenue for the Treasury and the key issue at the moment for the new administration is “to do all in our powers to minimise any of those risks.”

According to the newly installed Prime Minister, he did not want Grenadians to see the CBI as only a passport-selling scheme that was not beneficial to them.

He said the people needed to be educated to understand that it was not only crooks and conmen who are looking to lay their hands on a second passport but a number of genuine cases involving professionals.

He cited the people living in Palestine which is not recognised by the United Nations as a State but need a passport to travel around the world on legitimate business.

In addition, he said the new NDC government intends to look at how it can leverage the sale of passports to persons with skills, knowledge and technology who can assist with Grenada’s development.

PM Dickon Mitchell said he was very cognisant of the fact that programmes like the CBI bring in a lot of revenue for countries like Grenada but tend to have a short life span and will soon be targeted by the major industrialised nations to bring an end to it.

“We live in a world where unfortunately Europe and North America and their policies don’t believe that the Caribbean should be developed and we shouldn’t be wealthy so any programmes that we devise that give us a lot of money they find ways to try and counteract it,” he said.

The new Prime Minister put forward the argument that “creative ways” will have to be found to develop regional countries in light of the lack of resources for some of them like oil and gas.

PM Dickon Mitchell stated that he intends to pursue a professional approach to the CBI and will appoint persons who know the business to take charge of its running in going forward.

These are the kinds of people, he said, who should be allowed to run the CBI business in Grenada and that “politicians should not be dabbling and should not get involved in the programme.”

Dickon Mitchell gave assurances that Grenadians will see that under the new Congress government, the CBI office will be staffed with “competent and efficient employees” and that a new Board of Directors will be put in place involving persons “who understand the programme and crucially has the best interest of Grenada at heart.”

“There will be changes coming to the Board and make no mistake about that so the public will get confidence in the people to be appointed,” he said.

Prime Minister Dickon Mitchell was also asked to comment on whether he would seek to implement the Sir Richard Cheltenham recommendation made to the Keith Mitchell government that non-nationals should not be made accredited ambassadors of Grenada in the wake of the US$500, 000 briefcase scandal with convicted fraudster, Eric Resteiner.

He said that Grenada has found itself in the unfortunate situation under the Keith Mitchell regime of having no career diplomats but only political appointees and this policy will be addressed by Congress.

He stated that all Grenada’s diplomats are non-nationals and the new government intends to “end that system and from our perspective we are recalling all ambassadors.”

However, the new Prime Minister admitted that his government is running into difficulties in contacting all these non-nationals who were appointed as Grenada diplomats.

“We already know that there are challenges with that recall because some of the persons who hold diplomatic passports and so on are not really Grenadians,” he said, and quickly added that because where some of these people are located “we might have very little reach over them.”

“I have already indicated to the PS in the Ministry of Foreign Affairs that that will be my intention once the appropriate Minister of Foreign Affairs (Joseph Andall) is appointed – we intend to recall all the Ambassadors and to look really at Grenadians if not at home then in the Diaspora.”

Saying that this will be “the starting point” of the new regime in the area of foreign diplomacy, Prime Minister Dickon Mitchell indicated that a few exceptions might become necessary.